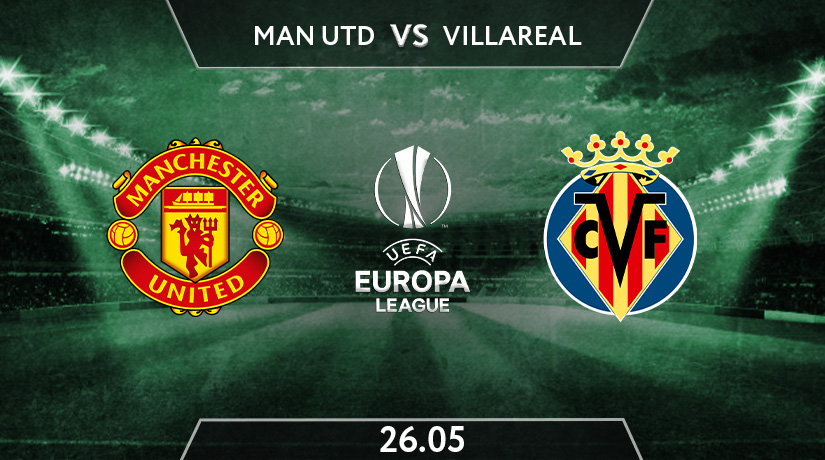 This is the final of Europa League 2020/21. Manchester United and Villareal are locking horns in Gdansk Arena, Poland in the midweek for the summit of the second tier of European competition. The Red Devils are aiming for their second title after the 2017 edition while Villareal is seeking for a ticket for Champions League as they only finish on the seventh on the table which only leads to UEFA Conference League. What’s more, Unai Emery is eyeing for another Europa League title after his failure with The Gunners in 2019.

Meanwhile, the Yellow Submarines had a tough fixture in the weekend as they took on Real Madrid. Unfortunately, they were beaten 1-2 despite leading first through Yeremi Pino’s strike but Los Blancos overturned the score sheet to make a dramatic comeback as Karim Benzema and Luka Modric responded by their goals in the last five minutes of the game.

Ole Solksjaer is still likely to stick to his 4-2-3-1 formation. Bruno Fernandes shall be the anchorman of their attack, accompanied by Marcus Rashford and Mason Greenwood on both flanks. They will be supporting Edison Cavani or Anthony Martial as the frontman. Unfortunately, two key figures of them, Harry Maguire and Anthony Martial are still sidelined for this game.

Unai Emery might still deploy 4-4-2 formation. Gerard Moreno and Paco Alcacer shall be the front duo with Manu Trigueros, Mio Gomez, Dani Parejo and Fernando Pino in the midfield. Three names in their squad are on the sideline here, sadly including Samuel Chukwueze, Vicente Iborra and Tottenham loanee, Juan Foyth. .

Marcus Rashford is still the main forward in the line up. The 23-year old England international has scored 19 goals and made 9 assists in all competitions. Some other key figures of The Red Devils this season are Bruno Fernandes, the former PSG man, Edison Cavani plus the youngster Mason Greenwood.

Marcus Rashford and Co have to be careful while taking Villareal here. Unai Emery’s experience in winning the title for the average team could stumble them, especially if Gerrard Moreno is not closed down. The 29-year old versatile forward is quite sleek and dangerous in avoiding the tight marking as well as opening space to score. The game might end in a draw and the champion shall be decided by penalties. United shall prevail when it comes to the shoot-out.