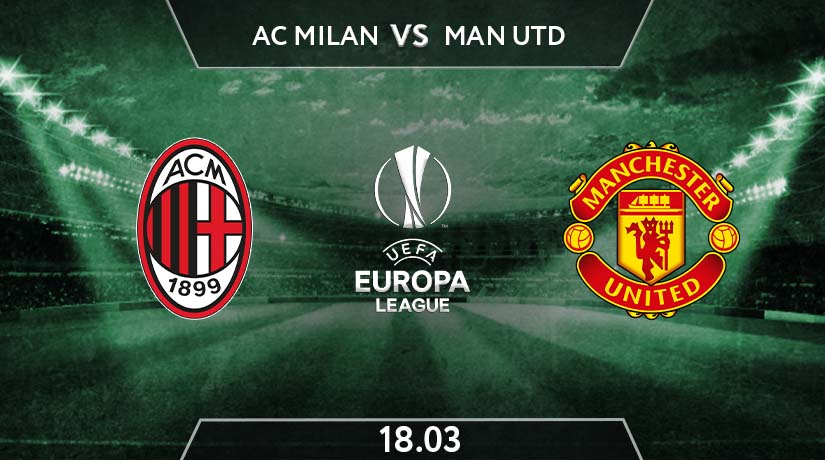 Europa League will have to lose one of their favourites way too early than it should be. Milan and Manchester United will fight for one spot in the quarter final. Some of their key men will return to their starting XI and there will be more traded attacks, decent chances and hopefully goals in San Siro this midweek.

AC Milan is currently in a rather worrying state. Last weekend they suffered a crucial loss against Napoli at their home turf by a single goal of Matteo Politano. Despite the return of Theo Hernandez and Hakan Calhanoglu in the line up, the absence Ibrahimovic and Ante Rebic’s expulsion reduced their ability to score. Pioli’s men might have to say goodbye to the title race.

The Red Devils, on the other hand, still managed to snatch a narrow win although they had to struggle. Their winning goal was eventually scored by the unlikely Scott McTominay from a set piece scenario. It was enough to keep them away from losing points.

Stefano Pioli is expected to optimise the remaining key players in the squad in order to keep their hope for European title alive. In his favourite 4-2-3-1, the system could be transformed to 4-3-1-2 by playing Rafael Leao and Ante Rebic upfront supported by Hakan Calhanoglu from behind while Sandro Tonali is accompanied by Frank Kessie and Meite in the midfield. Ibrahimovic, Mario Madzukic, Alessio Romagnoli and Ismael Bennacer are still ruled out.

Meanwhile, Ole Solskjaer is likely to deploy the similar formation as Marcus Rashford is fit to be back in the line up. He will be operating on the left flank to support Anthony Martial as the frontman while Mason Greenwood and Bruno Fernandes are on the right wing and behind Martial. The ones who are still stranded on the injury table are Paul Pogba, Edison Cavani, Juan Mata and Danny Van de Beek.

With such limited key figures on the pitch, Milan will be relying more on Frank Kessie who has contributed nine goals and two assists, the Turkish playmaker who is also the top assist provider Hakan Calhanoglu with two goals and eight assists in all competitions plus the French full back, Theo Hernandez.

Apart from Bruno Fernandes, United’s top performers this season are Marcus Rashford who has bagged nine goals and provided seven assists, the skipper Harry Maguire and the wing back Aaron Wan Bissaka.

It is a tough call to see out the winner here in a normal time. The game is likely to end in a tie again, probably in the same score as the first leg, which means they will have to go down to penalties to decide which team to progress, or by the away goal rule with Bruno Fernandes and Co as the winner.