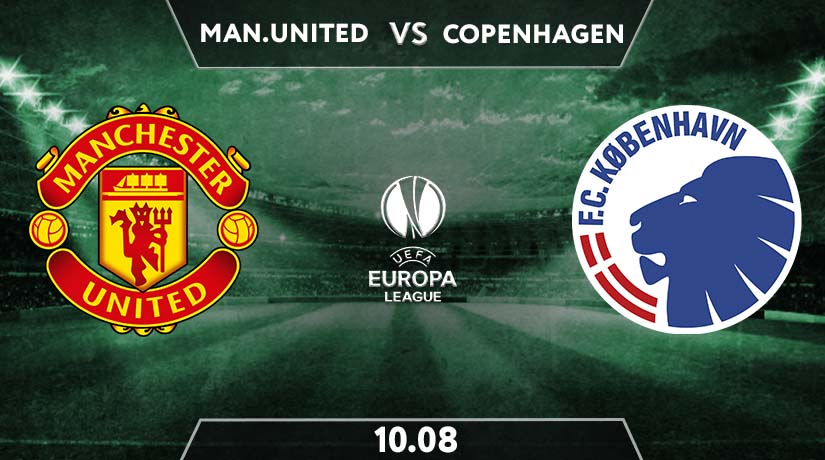 Europa League finally reaches quarter final. The Red Devils is one of the favourites which have the honor to begin the game at this stage against FC Copenhagen. Both will be squaring off in Koln for the single-leg fixture. Ole Solskjaer’s men should not have any difficulties in progressing to the semifinal, provided they can improve their form. Otherwise, Zeca and Co could be continuing their wildest dream in this continental competition.

Manchester United only managed to win over LASK 2-1 in their second-leg game last week. Their so-called B team was not in their best form despite their victory. They even conceded first by Phillip Weisinger’s long drive. Luckily only two minutes later, Jesse Lindgard equalised. Their winning goal was finally scored after their main frontman, Anthony Martial came off the bench and found the back of the net.

Copenhagen showed their true class while facing off the Turkish current Champions, Istanbul Basaksehir last week. They were dominating the game and trashed their opponent 3-0. Jonas Wind’s brace and Rasmus Falk Jensen’s goal were the difference in such fixture. They are one of the few Danish teams which could go as further as quarter final stage.

Ole Solskjaer tends to deploy 4-3-3 or 4-2-3-1 while meeting the low-profile teams. Yet, he will certainly still keep their key men on the bench until they need to bring one on the pitch to break the deadlock. Such means that Sergio Romero, Scott McTominay, Daniel James and Paul Pogba will get the nod for the starting line-up. The names on the injury table such as Alex Tuanzebe, Phil Jones and Luke Shaw are fairly replaceable in the squad.

The former Norwegian international, Staale Solbakken might opt for 4-4-2 formation with the transition to 4-4-1-1 to employ more defensive tactics. Michael Santos is the main frontman supported by Jonas Wind behind him. In the midfield, the Greek international Zeca and Robert Mudrazija will be the first wall of their defence, while Rasmus Falk Jensen and Pierre Bengtsson or the former Everton man who once scored an equaliser against Manchester United, Bryan Oviedo will be on both flanks.

In Europa League, Solksjaer relies more on his B team which consist of Sergio Romero, Idion Ighalo, Daniel James and Scott McTominay. Unfortunately, the second one might be sidelined due to his disappointing form against LASK. Thus, Mason Greenwood is likely the best option to fill in his post.

FC Copenhagen’s new signing, Jonas Wind and the winger Rasmus Falk Jensen, who both scored in the previous game, might be the key figures again here. Some other notable ones to watch are their frontman Michael Santos and the young defender Victor Nelsson.

The game might not be one-sided as before for Marcus Rashford and Co but it should be still an easy game to win. All they need to do is to improve their attacking sides as well as their finish so that they could score more. Otherwise, Copenhagen might steal a goal whenever possible from the counter attack scenario. Eventually, the home side is likely to secure another easy win for going through the next stage.

The host is clearly the favourite, not only in this match but also in this year’s tournament. They are backed to win at 1.27. Meanwhile, the draw result is at 6.10 and Solbakken’s men’s win market is only at 10.50.

Make sure to bet on Manchester United vs FC Copenhagen with 22Bet!