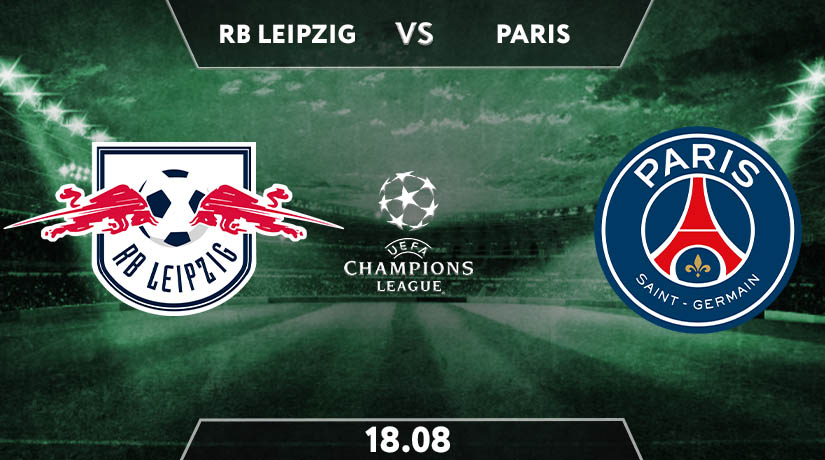 The Champions League finally comes down the semifinal. It is not a surprise that the last four teams come from the leagues which end the earliest, Ligue 1, which was cancelled and Bundesliga, which resumed first. Each team from both leagues will encounter in Lisbon, so there is still a chance for either all French final or German one. This Thursday, Le Parisien is taking on the most stunning team this season, RB Leipzig with their young manager in command, Julian Nagelsmann. This will be an interesting clash as he will be meeting his former mentor in Augsburg back then, Thomas Tuchel, who happens to be in charge of PSG. It is inevitably the battle between the student against his teacher.

Leipzig really shocked the world after their result in the quarterfinal. They defeated the more experienced side Atletico Madrid 2-1 last week. Dani Olmo took the lead first by his header but Joao Felix equalised through his penalty. Nagelsmann’s unusual 3-3-3-1 formation stunned the Spanish side’s defence and Tyler Adams finally scored the winning goal as his strike was deflected before finding the back of the net.

Meanwhile, Neymar and Co managed to thump Atalanta 2-1. They were one goal behind as Mario Pasalic netted an opener at the first half. PSG had to wait till the last minutes to make a dramatic equaliser by Marquinhos’s goal and then a comeback as Erik Chopo-Mouting tapped the ball into the net once he got Kylian Mbappe’s pass. It is the second time the French giant advance to semifinal in the club history. They last did it back then in 1995 when George Weah and David Ginola led the team.

Julian Nagelsmann might potentially stun their opponent again with his fluid formation. He might opt for 4-3-2-1 to block and close down PSG’s world class attacking line from Neymar, Kylian Mbappe, Mauro Icardi, Angel Di Maria and possibly Edison Cavani as well. The first two are sleek and speedy with the ability to cut inside quickly. Marcel Sabitzer can be pulled backward a bit to keep the balance in the midfield and defence as before building the attack while upfront, Dani Olmo might given a false nine role to confuse Thiago Silva and Co. He will be supported by Christopher Nkunku and Yussuf Poulsen or Emile Forsberg who excels at long shot.

His senior Thomas Tuchel is also known for his flexible formation. With the lines of forwards they have, the former Dortmund boss is likely to focus on more offensive approach. Thus, 4-3-3 or 4-1-4-1 seems more suitable to penetrate Leipzig’s solid defense. Unfortunately, his number one goalie, Keylor Navas is sidelined along with Marco Verratti and Layvin Kurzawa. Mauro Icardi will be opted as the targetman while Mbappe and Di Maria will be on both sides. Neymar could be put behind the Argentine instead. Idrissa Gueye or Ander Herrera might be picked to be the first layer of PSG’s defence line.

Leipzig no longer worries about Timo Werner’s loss. With Julian Nagelsmann on the lead, anyone can be the scorer and the key figure. Yet, Dani Olmo and Marcel Sabitzer are still the most notable men on the pitch.

This clash can be unpredictable as both teams are led by managers who know how to adapt their tactics on the pitch all the sudden. Yet, the absence of Keylor Navas between the sticks might be the weak spot Leipzig could exploit as Sergio Rico has not shown his best so far. Therefore, Youssuf Poulsen and Co could go through the final after extra time with a narrow win.

Tuchel’s men seems to be still considered as the favourite. They are priced to win at 1.80, whereas RB Leipzig’s win market is at 4.25. The odds for the draw result are only at 3.90.

Make sure to bet on RB Leipzig vs PSG with 22Bet!