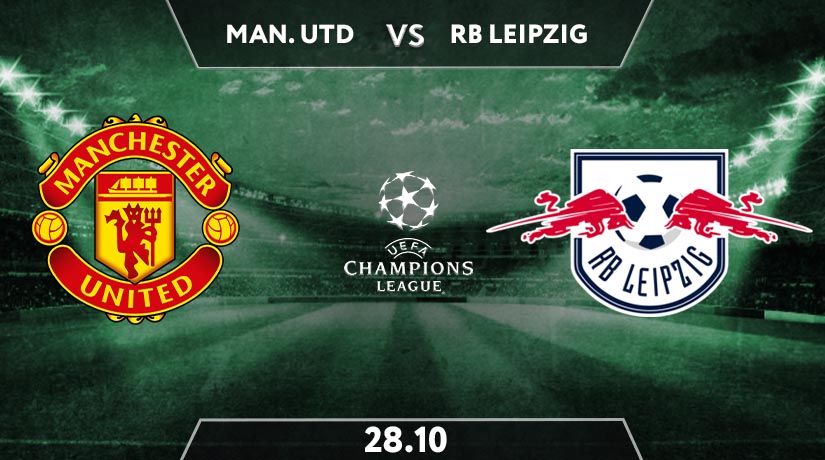 Leipzig’s sensation in Champions League last season could continue this year, despite losing Timo Werner. Although it is still too early to put them as the favourite for the last four again, Julian Nagelsmann’s men have all the potentials to do so. This week they will be taking on the old giant Manchester United on the road. The Red Devils, which currently are also still attempting to find consistency, can not underestimate the German side.

Manchester United was unable to win again this weekend while playing host to Chelsea. They were held in a goalless draw despite the fact that Edison Cavani made his Premier League debut here.

Their counterpart, RB Leipzig is still keeping their position on the top of the table after thumping Hertha Berlin in a tight clash. Dani Olmo and Co were one goal behind first as Jhon Cordoba found the back of their net. Luckily, Dayot Upamecano scored an equaliser three minutes later. They eventually had to rely on Marcel Sabitzer’s penalty to secure maximum points at home.

Ole Solskjaer is likely to deploy 3-4-1-2. Marcus Rashford and Anthony Martial are expected to feature again as the front duo supported by Bruno Fernandes. Edison Cavani will be brought on from the bench on the second half. On their injury table, Eric Baily, Jesse Lindgard and Sergio Romero are the only important names on the sideline for this upcoming encounter.

Meanwhile, Julian Nagelsmann is opting for his regular flexible 4-2-3-1 formation which can be modified to 4-2-2-2 or 4-4-1-1. Yusuf Poulsen is still the best option upfront while Dani Olmo and Christopher Nkunku or Justin Kluivert will be operating wide to support Emile Forsberg as the number ten. Unfortunately, Lukas Klostermann is ruled out along with Konrad Laimer, Nordi Mukiele and Amadou Haidara.

The English side’ top performers so far are still Marcus Rashford and the Portugal international Bruno Fernandes so far. Both have contributed three and four goals plus two assists each. Another key man to watch is the Scottish versatile midfielder, Scott McTominay.

In Leipzig, their Spanish full back, Angelino is one of their shining stars earlier this season. He has bagged four goals in all competition so far. Another notable name to watch is another Spaniard Dani Olmo who is their current top assist provider.

This clash is the first of many for both teams. The home side’s confidence is still quite high despite failing to seal a win last weekend. However, Nagelsmann’s tactical prowess relying on a bunch of versatile names in the squad could prevent Harry Macguire and Co from their hope to pick up three points at home. A draw seems the fairest result here.

According to the punters, The Red Devils’s odds to win are at 25/19, whereas Yussuf Poulsen and Co are projected to win at 9/4. The draw result is at the value of 13/5.