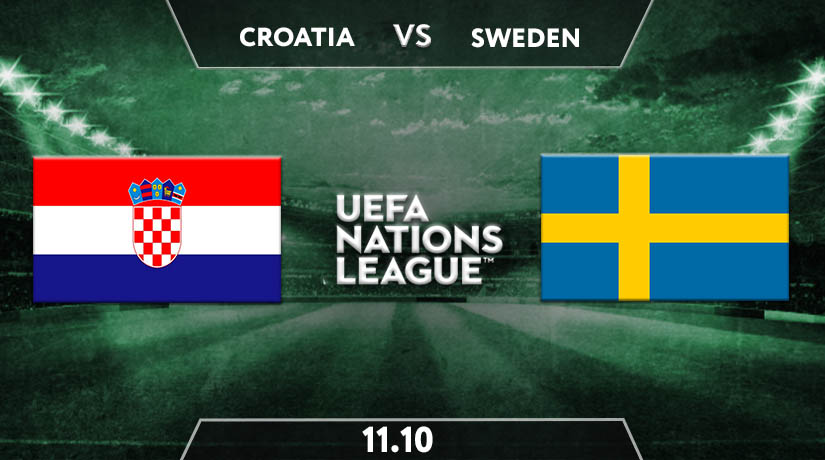 This is the clash of two underdogs in Group 3 of UEFA Nations League A. Both Vatreni and Blagut had a disappointing defeat in a row in their first two matches. This weekend, they will be meeting in Zagreb. A win is a must for both as such will be vital for them to avoid being relegated to the lower tier, which could affect their chance to progress to World Cup 2022 later. Zlatko Dalic’s men should take this opportunity to secure a victory at their home soil over Sweden which has not been in their ideal best yet.

Vatreni had failed to snatch a single point again while facing off France in the match day 2. In a World Cup 2018 final repeat, they lost once more in an identical 2-4 defeat. France’s winning goals were scored by Antoine Griezmann, Dominik Livakovic’s own goal, Dayot Upamecano anf Oliver Giroud, while they could only respond twice through Dejan Lovren and Josip Brekalo.

Meanwhile, Sweden also failed to win again while hosting Portugal 0-2 in their last outings on match day 2. Cristiano Ronaldo became their nightmare. He bagged a brace to clinch another win for Seleccao de Aquinas.

Zlatko Dalic is likely to opt for an offensive 4-3-3 with the transition to 4-2-3-1. The injury of Ante Rebic and Ivan Rakitic’s decision to retire have left some holes to fill. Hoffenhein’s frontman Andrej Kramaric should get a nod for the starting IX. He will be accompanied by Ivan Perisic and Wolfsburg man Josip Brekalo are the main options at the front to notch up goals as many as possible.

His counterpart, Janne Anderson tends to stick to his favourite 4-4-2. However, considering their two previous result, such formation needs adapting to his current squad. The 4-3-3 formation seems to be the better option as it can accomodate their talented youngster, Dejan Kulusevski as the wide attacker, Alexander Isak as the frontman and accompanied by Emile Forsberg. In the midfield, Sebastian Larsson will be focusing on delivering long balls to the front trio while Ken Sema and Albin Ekdal will be given more defensive role.

The former Leicester forward who shines with Hoffenheim, Andrej Kramaric is the current expected main scorer here. He has registered 13 goals in 48 caps. Some other notable names to watch are the captain Luka Modric, Marko Brozovic and Atalanta man, Mario Pasalic.

RB Leipzig frontman, Emile Forsberg will potentially led his team here. His form in Bundesliga has been improving lately. In Blagut, he has notched 8 goals in 51 caps so far. Another key figure to watch here is Werder Bremen wing back Ludwig Augustinsson.

From their last two outings, Croatia’s defence seems to be their main concern after conceding 8 goals, or five goals more than Janne Anderson’s men, whilst Sweden’s flaw is on their attacking line as they have been scoreless in the past two matches. Therefore, Luka Modric and Co are likely to seal a narrow win, if Blagut does not modify their tactical approach.