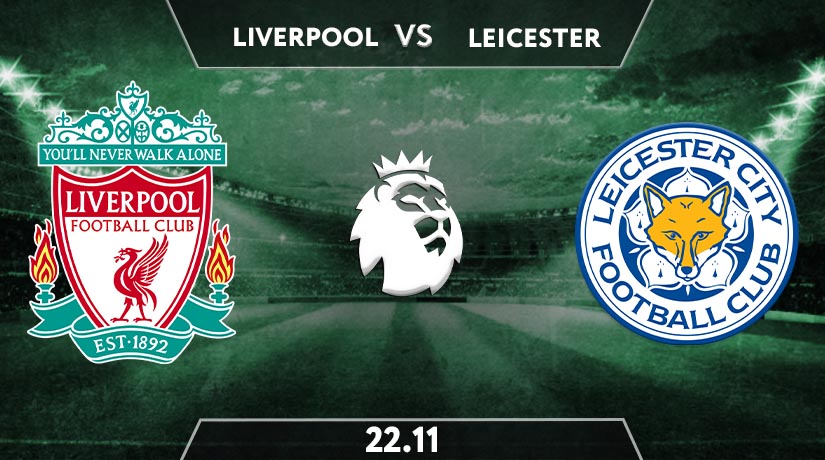 The current leader of the standings, Leicester City is getting ready to visit Anfield to take on the reigning Champions. The 2016 Champions seems to be facing the fairly similar situation as last season, being on the expected race for the UCL spots on the top four. However, the real question would be whether they can be consistent till the end. Such might still be a mystery. Both teams are only separated by one point. Thus, it is meant to be a tight encounter.

The Reds was rather lucky to snatch one point only in the previous outings of EPL when they took on Manchester City on the road. Leading one nil by Mo Salah’s penalty, they were under pressure most of the time and eventually conceded through Gabi Jesus’s strike. Liverpool’s magical moment came when Kevin De Bruyne surprisingly missed the penalty. The draw result dragged them to the third on the table.

Such circumstance was, in fact, gave advantage to The Foxes as they welcomed Wolverhampton before the international break. A single goal of Jamie Vardy through a penalty was enough to give them the necessary victory which lifted them to the top of the standings.

Jurgen Klopp seems to be facing a difficulty in picking up the starting IX as his squad is currently in potential crisis. A number of key men are ruled out due to the injury or being tested positive for covid-19 such as Virgil Van Dijk, Mo Salah, Joe Gomez, Fabinho and Trent Alexander Arnold. Some other names are still doubtful to play such as Thiago Alcantara, Andrew Robertson and the captain Jordan Henderson. With such limited source, plus the fatigue threat, Klopp could be deploying 4-2-3-1 again with Divock Origi as the targetman while Sadio Mane and Diogo Jota will be playing wide. Xerdan Shaqiri could get a nod for the number ten role in the line up instead of Firmino to give him more rest before being brought up on the second half. In the midfield area, Gini Wijnaldum is likely to be accompanied by Naby Keita or Curtis Jones. At the back four, Neco Williams and James Milner are covering the full back post while Nathaniel Phillips is at the centre alongside Joel Matip.

Meanwhile, Brendan Rodgers might be opting for 3-4-2-1 again as there are still some vital figures on the injury table such as Caglar Soyuncu, Ricardo Perreira, Daniel Amartey and Winfred Ndidi plus the possible ruling out for Timothy Castagne and Wesley Fofana. Jamie Vardy will still be the main scorer supported by James Maddison and Cengiz Under or Harvey Barnes who could be the wide attacker.

Portuguese international Diogo Jota is likely to be count on for scoring plus the Senegalese forward Sadio Mane. Another notable figure to watch is the Dutch versatile Gini Wijnaldum

Leicester’s Jamie Vardy is the key man upfront with nine goals and one assist in all competition. Some other important names to focus on is the former Monaco man, Youri Tielemans.

Klopp’s men’s current crisis might lead to the chance for Jamie Vardy and Co to snatch maximum points in Anfield. Yet, the home side’s mentality and better squad could prevent such from happening. A draw could be the plausible scenario.

Neither side is the favourite in this fixture. The Reds are priced to win at 28/29, whereas Brendan Rodgers’ men’s odds to win are at 25/9. The draw result is at the value of 29/10.