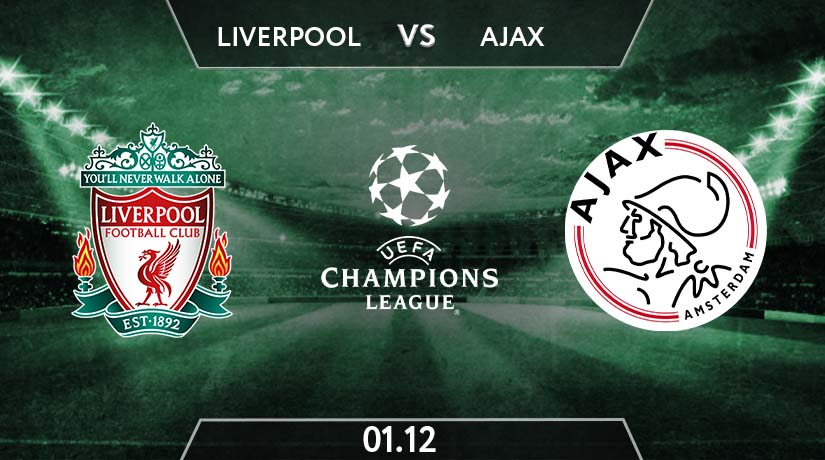 The Reds were wasting the opportunity to seal one ticket to next stage of Champions League last week when they shockingly lost to Atalanta, which they hammered on the road previously by two goals to nil. This week, Klopp must not let go of this chance when they play host to Ajax Amsterdam. This will be their last game to play in Anfield before travelling to Dortmund, as the approved venue for replacement for matchday 6 due to the British covid-19 quarantine regulations for anyone from Denmark, which happens to be their next opponent, the Danish champion.

Liverpool was very unluckily to lose the potential two points for a win while taking on Brighton. They had two goals disallowed before Diogo Jota opened the score sheet. On the top of all, they had to concede through a late penalty by Pascal Gros. Such result held them back from toppling Spurs on the top.

De Amsterdammers were dominant at the domestic fixture as always and hammered Emmen 5-0 on the road. All goals were evenly distributed to Davy Klaessen, Zakaria Laybad, Lassina Traore, Jurgen Ekkelenkamp and Quincy Promes. Ajax is still leading the standings with only two points above their closest contender Vitesse Arnhem.

Jurgen Klopp is still sticking to his 4-3-3 formation with the alternative transition to 4-2-3-1. The absence of Trent-Alexander Arnold, along with Joe Gomez, Thiago Alcantara, Virgil Van Dijk, James Milner, Xerdan Shaqiri , Naby Keita and Alex-Oxlade Chamberlain due to their injury is likely giving Klopp a headache, especially at the backline. Fabinho and Joel Matip are most likely the only option to feature in the centre back area, while Neco Williams should take over Trent Arnold’s position.

Meanwhile, Erik Ten Hag is in favour of the similar formation too. Dusan Tadic and Antony and Zakaria Laybad will be operating wide while Lassina Traore or the Serbia international Dusan Tadic will be deployed as the targetman. Muhammad Kudus is the only name ruled out here.

Liverpool’s latest signing Diogo Jota has been in-form lately. The Reds relies on the Portuguese international alongside Mo Salah as the main scorers. Jota has bagged nine goals in all competition this season while Mo Salah has notched up to ten goals plus two assists.

Ajax’s top performers this season are Davy Klaesen, Dusan Tadic and the Moroccan Zakaria Laybad. The first two are the current team’s top scorer. The Serbian international is also the top assist provider with six assists in all competition.

The tight clash in the reverse fixture indicates that the same thing might happen here. Both have been more in favour of attacking football with slight different tactical approach. The home side still has the better chance to seal three points, providing they do not experiment the starting IX again, possible with a narrow win.

In this supposedly even match, Jurgen Klopp’s men are priced to win at 7/10, whereas Darley Blind and Co’s odds to win are at 39/10. The odds for the draw result are at 7/2.