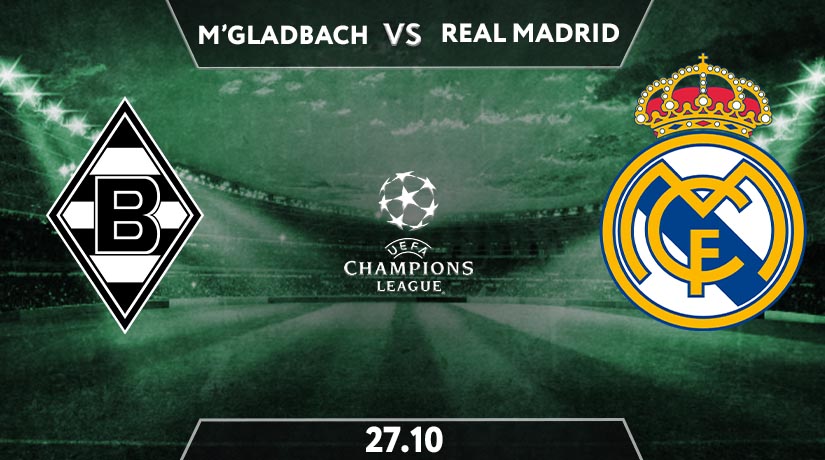 Los Blancos’ massive win in El Classico has overturned the doubts in the capital. Zidane’s men are now on course for the better results, including in the Champions League. This midweek, they will be visiting Borussia Park to take on Gladbach which makes their return to the European top tier. It is the perfect moment to be back on their winning ways in UCL.

Gladbach continued their unbeaten run last weekend while meeting Mainz on the road. They thumped the host 3-2. Lars Stindl bagged an opener but then Mainz’s forward Jean-Phillipe Mateta netted a brace. Fortunately, Jonas Hoffmann’s impressive form endures as he successfully took the penalty and provided an assist for Mathias Ginter’s late goal.

Real Madrid also had an important 3-1 victory against their archrival in Camp Nou on the weekend. Federico Valverde got himself on the scoresheet on the fifth minute. Blaugrana managed to equalise three minutes later by Ansu Fati. They finally took the lead again by Sergio Ramos’ penalty and Luka Modric’s strike before the stoppage time to give the two-goal cushion for El Real.

Marco Rose will be deploying 4-2-3-1 as usual with Alessane Plea as the main frontman, Marcus Thuram on the left but can be pushed forward to transform the formation to 4-2-2-2. On both flanks, Jonas Hoffmann and Patrik Hermann will be given a role to win the ball in the midfield before delivering it to the French dynamic duo upfront while Christopher Kramer and Mathias Ginter can be a double box-to-box middleman.

His superior counterpart, Zinedine Zidane is still sticking to 4-3-3 with the transition to 4-3-2-1. Karim Benzema is still the main forward supported by Vinicius Junior and Lucas Vasquez or Marco Asencio. The absence of Dani Carvajal as the right back can be covered by Ferland Mendy. Some other names on the injury table are Eden Hazard, and the Norwegian youngster, Martin Odegaard.

Gladbach’s notable names this season are Jonas Hoffmann who has registered three goals and four assists so far. He is the current key man alongside the French duo, Marcus Thuram and the former Nice man Alessane Plea.

In Los Blancos, the Uruguayan midfielder Federico Valverde and the Brasilian Vinicius Junior have proven how worthy they are for the current squad so far. Another key figure to watch is surely their captain Sergio Ramos.

Gladbach may have been in their positive trend in the past six games but such may come to an end this midweek. Their magnificent form in the last UCL outing against Inter will mean nothing once Karim Benzema and Co have found their balance and consistency to seal maximum points in each match, including here.

Madrid is still the favourite with their odds to win at 10/11, whereas Marco Rose’s men are only priced to win at 3/1. The odds for the draw result are at the value of 16/5.