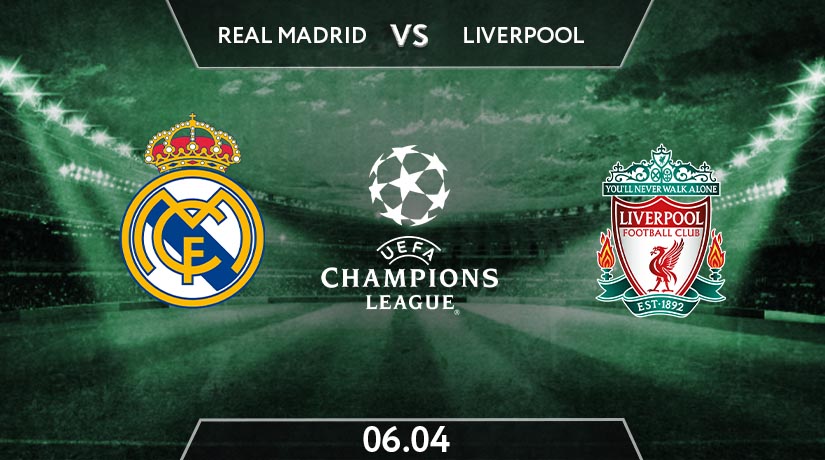 The Champions League is now back on schedule. The Reds are ready to display their true quality after a series of negative results. Their two victories in a row would certainly boost their confidence to be able to go further in this season tournament. However, Jurgen Klopp’s men are bound to beat Madrid at this stage to keep their chance for a title open. Los Blancos have been in the positive trend too. This clash is definitely one of the most anticipated one this week as their encounter can be considered as ‘classic match’.

Real Madrid continues to hang on in the title race with Barcelona and their local rival, Atletico Madrid. Karim Benzema and Co trashed Eibar 2-0 before the international break. Marco Asencio opened the scoring before their French forward doubled their lead through his bouncing header. They are now sitting on the second and entailing Los Rojiblancos on the top.

Liverpool might not be able to retain their stunning accolade last season. Yet, Mo Salah and Co started picking up three points on the road. Last weekend, they managed to ease past Arsenal in Emirates as they dismantled Pierre Aubameyang and Co 3-0. Diogo Jota netted a brace plus Mo Salah’s goal in between.

Zinedine Zidane would have to be careful in opting for a proper tactical approach as the team will miss Sergio Ramos, Eden Hazard, Dani Carvajal and Federico Valverde due to their injuries. The French boss could consider deploying 3-5-2 instead of 4-3-3. Karim Benzeman is still leading their attack accompanied by Marco Asencio upfront. In the middle of midfield, the trio Modric-Kroos and Casemiro are irreplaceable while Lucas Vazquez and Ferland Mendy are operating wide.

His counterpart, Jurgen Klopp is likely to opt for the same 4-3-3 with the same trio, Diogo Jota, Sadio Mane and Mo Salah. The Portuguese international has been deadly in the six yard box since his return. Several figures who are still on the sideline are Jordan Henderson, Joe Gomez, Joel Matip, Virgil Van Dijk and Divock Origi. Their backline will be covered by Nate Phillips and Ozan Kabak who have found their positive form lately.

Apart from Karim Benzema who has been in-form lately despite his age, Liverpool should be careful with Marco Asencio who has scored four goals and two assists in La Liga this season. Another key name to focus on is the top assist provider Toni Kroos.

Meanwhile, the former Wolves man, Diogo Jota has been dangerous in the penalty box. He has notched up three goals in the past two games and added his tally to eight in Premier League. Another notable name to watch is the 24-year old defender Nate Phillips whose performance has been improving lately.

Jurgen Klopp’s side has been more convincing in away fixtures, which should concern Luka Modric and Co as they will be no el capitano Sergio Ramos at their backline. The game would surely be tight and The Reds would be more motivated to avenge their loss in the final two years ago. Real Madrid might be more pragmatic here. So, the best result is a stalemate.

Neither side is the favourite here. The home side’s odds to win are at 15/8. The draw result is at the value of 13/5. Meanwhile, Alisson Brecker and Co are priced to win at 18/11.