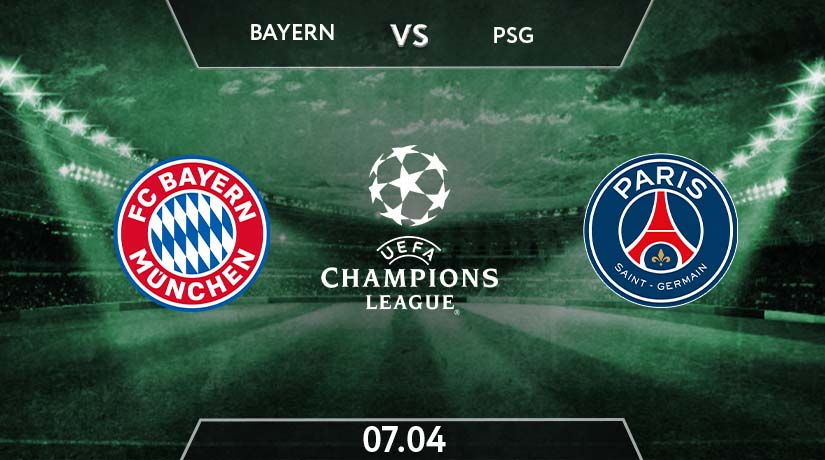 Bayern and PSG are the finalist of last season’s edition. Both just had a decisive game last weekend but with the result on the opposite end from each other. No wonder that many would have doubts whether Le Parisien could rekindle their top form in Camp Nou at the previous stage against the reigning Champions. Pocchettino has to prove his class right here in Allianz Arena to convince the management that he is still the right one to lead Neymar and Co next season. It is definitely a tough task for the Argentine boss.

Die Roeten managed to secure a narrow important win while travelling to RB Leipzig. One single goal by Leon Goretzka last weekend was enough to put them seven points clear from Julian Nagelsmann’s side who has been unable to break the deadlock throughout the game.

PSG, on the other hand, suffered a heavy loss while playing host to their closest contender, Lille. Jonathan David’s goal was the only difference in this game. Neymar was sent off while Kylian Mbappe failed to display his peak form. Mike Maignan between the sticks and their defending team mates were the main figures of their massive victory in Paris.

Hans Flick does not seem to worry too much despite losing his top scorer, Robert Lewandowski for four weeks. His squad has got enough cover for his preferred 4-2-3-1 formation with Serge Gnabry who was rested on the weekend from the line-up as the false nine supported by Leroy Sane, Thomas Muller and Kingsley Coman. Some other names on the sideline are Douglas Costa and Corentin Tolisso.

His counterpart, Mauricio Pocchettino, shall not opt for 4-2-3-1 against the explosive Bayern. He could opt for 3-4-2-1 instead to hold Bayern’s attacking line at bay. Marquinhos and Presnel Kimpebe could be accompanied by Thilo Kehrer. In the midfield, Leandro Paredes and Idrissa Gueye will still occupy the middle area while Pablo Sarabia and Rafinha could feature as wing backs. As the targetman, Moise Kean is the best option upfront supported by Kylian Mbappe and Neymar behind him. Several key men are unfortunately ruled out for this clash. They are Marco Verratti, Alessandro Florenzi, Mauro Icardi, Danilo Perreira, Layvin Kurzawa and Juan Bernat.

Die Roeten key men here are possibly their midfielders, Leon Goretzka, Joshua Kimmich and Thomas Muller. Their combination on the second line this season is more deadly than the wingers, Leroy Sane and Gnabry or Kingsley Coman.

Kylian Mbappe is the current top scorer in PSG with twenty six goals plus nine assists. However, his inconsistency is something the French youngster should learn to deal with if he aims to be the great one like Messi or CR7. Some other notable men to watch are the captain Marquinhos and the Italian forward Moise Kean.

Hans Flick’s men are once again the stronger side here. They have less issue to concern than Neymar and Co. Unless Pocchetino comes up with something stunning in his tactical approach or formation, the home side will still triumph eventually.

Bayern Munich is the clear favourite here. Their odds to win are at 1/1. PSG’s win market is only at 29/10 while the draw result is at the value of 3/1.