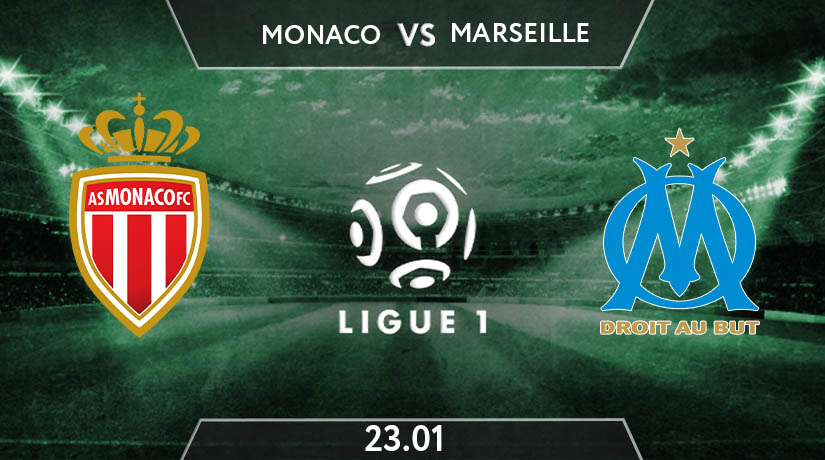 Two former champions are about to square off this weekend. Monaco is sitting on the fourth with 36 points while Marseille is two spots below them with four point margin. Both sides are in the opposite trend as well. Wissam Ben Yedder and Co have won three games in a row while Andre Villas-Boas’ men have been winless in the past three games. One thing is certain, they are battling for the same target, the Champions League zone.

Monaco secured their fourth win in the last five games of Ligue 1 while thumping Montpellier on the road. Kevin Volland’s volleyball found the back of the net, followed by Ben Yedder’s brace. The home side scored a lifeline by Sepe Wahi. Andy Delort even managed to put pressure on Monaco by scoring another one just five minutes after their first reply. Fortunately, they could hold on well till the final whistle.

Marseille still failed to bounce back after suffering another narrow defeat while hosting Lens in the midweek. They were hapless and forced to stay at the backline most of the time. Simon Banza’s header was the only difference in this game.

Nico Kovac has been in favour of 4-2-3-1 lately with the transition to 4-3-3 or 4-4-2 when necessary. The German international Kevin Volland and Wissam Ben Yedder have been daunting at the front, supported by the Russian playmaker Alexander Golovin and Sofiane Diop. The only player on the sideline is the Spaniard Cesc Fabregas.

Andre Villas-Boas tends to deploy the similar formation. However, he could improvise the 4-3-1-2 formation with the arrival of Poland international Arkadiusz Milik. He could be featuring as the front duo alongside Dario Benedetto for the twin frontman or Florian Thauvin for a targetman, while Dmitri Payet shall occupy the playmaker role. On the injury table, only Jordan Amavi is ruled out here.

Monaco’s top performers are surely Volland and Ben Yedder. Both have registered 19 goals and ten assists combined. Another notable name to watch is the Russian international Alexander Golovin, who has been in-form since his return from the injury. He has scored one goal and provided one assists in five games.

Florian Thauvin has been one of the key men in Velodrome this season. He has notched up six goals and made seven assists. Another vital figure of the squad is the Croatian defender Duje Caleta-Car.

In this supposedly tight affair, Nico Kovac’s men have had the mental advantage. Their confidence is high and their forwards have been deadly in the six-yard box, quite in contrast to Marseille’s frontman. The home side’s positive trend shall endure with a narrow win here.

Neither side is the clear favourite here. Monaco is projected to win at 16/19, whereas Dmitri Payet and Co are only backed to win at 18/5. The odds for a draw result are at the value of 31/10.