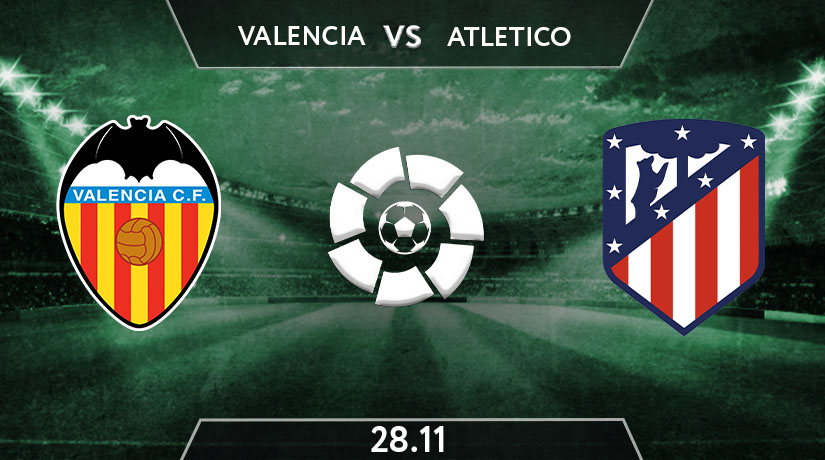 Valencia’s campaign was bitterly disappointing last season which led to their crisis now as they are absent for any European competition now. Los Ches even can only rely on their players from the academy to accompany the remaining senior figures like Kevin Garniero, Daniel Wass and Denis Cheryshev. This weekend they will be taking on the number two on the table, Atletico Madrid at their own home turf.

Valencia was held in a 2-2 draw while visiting Alaves last weekend. Ximo Navarro’s header opened the scoring and about less than twenty minutes later Lucas Perez doubled the home side’s lead through a penalty. Los Ches then responded on the second half by Manu Vallejo and the found the equaliser by Hugo Guillaimon’s header.

Meanwhile, Atletico Madrid could only muster a goalless draw when they were playing host to Lokomotif Moscow. It was rather disappointing result after a big win against Barcelona two weeks ago.

Javier Garcia might be employing 4-4-2 formation. The Korean youngster shall get a nod again to accompany Maxi Gomez. In the midfield, Carlos Soler is leading the attack along with Yunus Musa and Gonzalo Guedes on both flanks. Valencia’s main concern is the absence of Jose Gaya and Mukhtar Diakaby.

Diego Simeone is likely to deploy none but his classic 4-4-2 formation. Joao Felix has been daunting on Atletico’s attacking line this season. He might be paired up with Ange Correa plus supported by Saul Niguez, Marcos Llorente, Yannick Carrasco ,  and Koke in the midfield area. Unfortunately, on the injury table, Lucas Torreira, Sime Vrsaljko, Hector Herrera and Luis Suarez are sidelined for this fixture due to the injury or tested positive of COVID-19.

In Valencia, the Carlos Soler is their top performers with four goals and two assist. Another key figure to focus on is the 19-year old South Korean who plays more minute now, Lee Kang-In, who has provided three assists so far.

The Portuguese international Joao Felix is certainly one fine key man thie season. He has netted seven goals and provided two assists in all competition. Some other notable names to watch are the top assist provider Angel Correa and the versatile Marcos Llorente.

Los Rojiblancos naturally should have a bigger chance to win but their last outing at home leaves doubts to their fans. Los Ches, on the other hand, might have to strive to snatch three points here. A draw seems more probable for them.

In this supposedly even clash, Diego Simeone’s men are backed to win at 13/16, whereas Jaume Domenech and Co’s odds to win are at 4/1. The odds for the draw result are at 37/13.