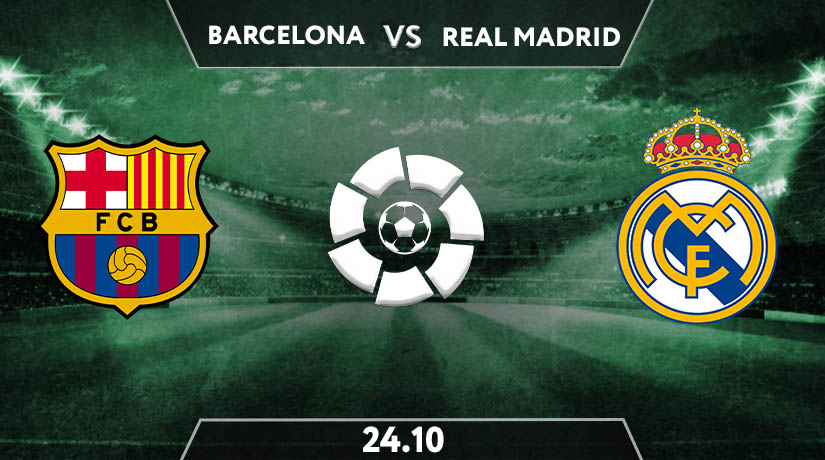 El Classico part one comes a bit earlier than usual this season. Both teams are squaring off this weekend after disappointing results in the previous games of La Liga. El Barca and El Real were both beaten last weekend. However, in the midweek, Messi and Co responded better than Zidane’s men who suffered a consecutive loss. No wonder that this clash is more about bouncing back in the domestic fixture.

Barcelona started their continental campaign well after smashing Ferencvaros 5-1 at home last Tuesday. Messi, Ansu Fati, Phillipo Coutinho, Pedri and Ousmane Dembele got themselves on the score sheet. The visitors only replied once through Ihor Kharatin’s penalty.

Meanwhile, Real Madrid failed to convert a number of chances to snatch points at home in the previous outings against Shakhtar Donetsk on match day 1 of UCL and suffered a 2-3 defeat. They even already conceded three times at the first half by Tete, Raphael Varane’s own goal and Manor Solomon. Los Blancos only managed to reply twice at the remaining time through Luka Modric’s long drive and Vinicius Junior.

Ronald Koeman, might still stick to his favourite 4-2-3-1. Yet, he should prepare the back up plan, possibly with 4-2-2-2 in his pocket. Relying on Messi as the scorer might not be wise as his accuracy seems to be slowly degrading, even on his free kick. Yet, the Argentine star still excels at opening the spaces and providing assists, which is something Koeman should optimise. Thus, Ousmane Dembele should earn a spot in the starting IX after scoring one and making one assist in the midweek over Antoine Griezmann who has not been in his best with the Catalan side. Another option would be keeping Messi on the bench as the fatigue could threaten his form after playing non-stop so far, which is surely rather unpopular idea. Griezmann could take the number ten role and accompany Ansu Fati or Dembele upfront, Miralem Pjanic and Phillipe Coutinho will occupy the area behind him. Messi can be brought on at the second half to add more creativity on their attack.

Zinedine Zidane has always been opting for 4-3-3, with the transition to 4-3-2-1 here. Karim Benzema is still the first choice front man while Vinicius Junior and Isco will be providing supports for him. The absence of Dani Carvajal as the right back can be covered by Ferland Mendy. Some other names on the injury table are Eden Hazard, Martin Odegaard, Mariano Diaz and possibly Alvaro Odriozola. Sergio Ramos who missed the midweek fixture is expected to return on the pitch here.

The La Masia graduate, Ansu Fati and Ousmane Dembele are expected to shine here, either by scoring or providing assists. Another notable name to watch is Phillipe Coutinho.

In Los Blancos, apart from Benzema, the Uruguayan midfielder Federico Valverde and Vinicius Junior shall be the key men in this match to close down Blaugrana’s attackers and score.

Madrid might deploy a more pragmatic approach here to let Barcelona dominate the game and strike swiftly by a counter attack as Getafe did to score a winning goal. This has been Koeman’s men exposed flaw this season. If they could cope it, a narrow win can be sealed. Otherwise, a draw would be a fair result.

Sergio Ramos and Co are seemingly the slight favourite with their odds to win at 5/2, whereas Barcelona is priced to win at 11/10. The odds for the draw result are at the value of 11/4.