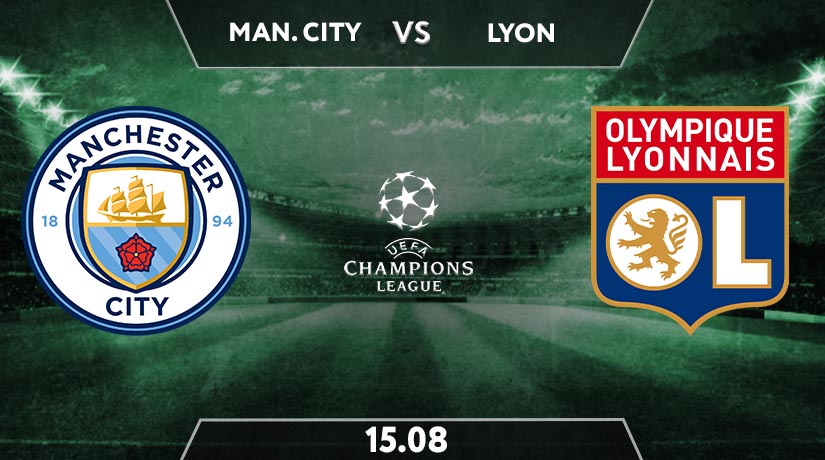 Pep Guardiola’s dream to win his next Champions League title with The Citizens might be coming true this year. They have shown their true class in the round of 16 while beating Real Madrid and are about to endure their positive trend in Europe this weekend while meeting Lyon in Jose Avalade Stadium, Lisbon. In this single-leg fixture, Manchester City is surely backed to win over the French dark horse in UCL this season. Lyon might not be the favourite but they have eliminated Juventus with CR7 in it in the round of 16. Such should be a warning for Guardiola’s men to keep their feet on the ground as in this competition, there is no easy game.

Manchester City repeated their victory in Estadio Bernabeu by defeating Real Madrid 2-1 again on the second leg of round of 16 last weekend. Gabi Jesus was the star of the match with his assist on Raheem Sterling’s goal and got his name on the scoreboard for the winning goal after Karim Benzema managed to score an equaliser. It was their first game against the former Champions in UCL this season

Lyon, on the other hand, had to lose 1-2 against Juventus on the road on the second leg of round of 16 too. Yet, such result was enough for them to advance to quarter final as they had a 1-0 advantage from the first leg plus the away goal here. Memphis Depay was the one who bagged it which also gave Les Gones the lead. Yet, Cristiano Ronaldo’s brace overturned the score sheet. Unfortunately, Maurizio Sarri’s men could score one more goal they only need to get through the next stage. Such result eventually cost Sarri’s future in Juventus.

Guardiola will employ offensive tactics as usual by deploying 4-3-3 formation. Gabi Jesus and Raheem Sterling will still be the main frontmen as Sergio Aguero is still sidelined. Phil Foden or Bernardo Silva might be opted to accompany them, either as a false nine or a normal number ten player. Such system will encounter the pragmatic Rudi Garcia’s 3-5-2, which worked well in both matches against Juventus. Memphis Depay and Karl Toko-Ekambi or Moussa Dembele will be the dynamic duo. Yet, their real key figures are their tough midfielders.

The Citizens might be regarded as the favourite here. Yet, they should not be lured by such status as it might be leading them to the unfortunate loss. The lady luck often is not on their side on the UCL quarter final since Guardiola was in command in 2016/17 season. They were defeated by Monaco, Liverpool and Tottenham consecutively in the past three years at this stage. Thus, Raheem Sterling and Co need to be cautious yet also to attempt to secure their win as immediate as possible.

This game may look one-sided. Manchester City are priced to win higher at 1.27 whereas Les Gones are backed to win much lower at 11.25. The odds for a draw result are only at 6.15.

Make sure to bet on Manchester City vs Lyon with 22Bet!