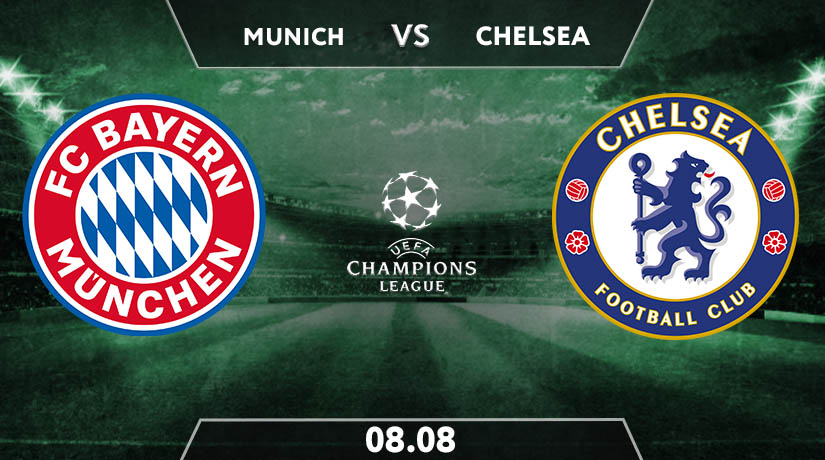 The Blues’ hope to win any title this year practically dashed. They lost in FA Cup final and have a long shot to progress to the quarter final of Champions League. Their 0-3 defeat at the first leg technically has buried their chance halfway. Only a miracle could help Willian and Co to overturn it by sealing a big win with four-goal difference in Allianz Arena. Nevertheless, this venue should have a magical potential for Chelsea as it was the place when they won their first UCL title back in 2012 when Lampard himself was the key man. This weekend would be the right time to rekindle such moment.

Die Roeten’s previous competitive match was the DFB Pokal final. Last month, they dismantled Bayer Leverkusen 4-2 in a easy victory. Their winning goals were scored by David Alaba, Serge Gnarby, Robert Lewandowski who bagged a brace. Leverkusen only managed to respond twice by Sven Bender and Kai Havertz through his penalty.

Chelsea also played in the domestic cup final, FA Cup, but had a contrastive result. They were beaten by their London rival, Arsenal 1-2. Christian Pulisic gave them the lead first as he found the back of the net. Yet, Pierre Aubameyang equalised by his penalty and netted The Gunners’ winning goal at the second half.

Hans Flick is likely to employ his regular offensive 4-2-3-1 formation. His squad is fully fit except for Benjamin Pavard and Niklas Sule, who can be easily covered by others with the same quality. Such will meet Lampard’s possible more pragmatic 4-4-2 formation due to the crisis in his squad. The Blues are bound to play without his best starting IX since some key players are suspended and injured, including Christian Pulisic, the captain Cesar Azpilicueta and Marcos Alonso.

It is a hard task ahead for The Blues to even snatch a win here. They are likely to play less offensive and let the home side to take control of the game. Then, Lampard’s men will strike and attempt to steal a goal or two before holding on again till the final whistle. The key is to score immediately and take advantage of the set pieces to score more plus not concede any. Nevertheless, Bayern will still be sealing a narrow win here.

With all advantage they have from the first leg and longer preparation, Die Roeten is backed to win at 1.39, much higher than Chelsea’s odds to win, which are at 7.55. Meanwhile, the odds for draw result are at 5.35.