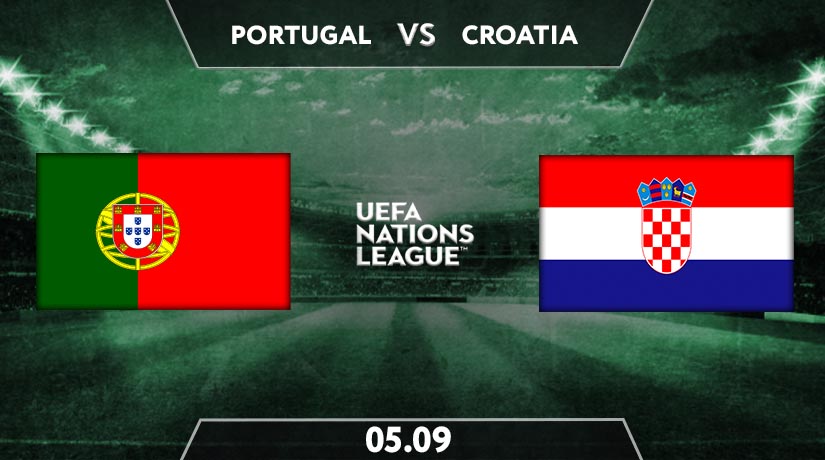 The reigning Champions of UEFA Nations League, Portugal, is looking for a way back to retain the title. This weekend will be their first quest to do so while hosting the current World Cup runner up, Croatia. The match will be held in Estadio do Dragao, Porto. Cristiano Ronaldo and Co shall come back strong despite being in the tough group along with France and Sweden.

Croatia, on the other hand, sees the new squad today after several seniors’ retirement such as the goalie Daniel Subasjic and Mario Madzukic. The anchormen in the midfield, Luka Modric and Ivan Rakitic, have just withdrawn from the current squad as well due to completing their rest and move after the disappointing ending in Champions League with their own clubs.

Fernando Santos seems to be quite flexible in employing the formation. He can opt for the defensive 4-4-2 formation, like he did while winning Euro four years ago, or deploy the offensive 4-3-3 which led his team win the first edition of UEFA Nations League. This time, he might transform it to 4-3-1-2. The captain Cristiano Ronaldo will still be the main frontman accompanied by Frankfurt man Andre Silva, while behind him there will be Manchester United playmaker Bruno Fernandes.

Zlatko Dalic tends to be in favour of the same 4-2-3-1 or 4-3-3 formation. AC Milan forward, Ante Rebic will be the targetman supported by Ivan Perisic and Wolfsburg winger Josip Brekalo on both flanks. In the midfield, Mateo Kovacic and Atalanta man Mario Pasalic are the perfect choice to replace Modric-Rakitic.

As the current national top scorer and captain, CR7 is still the main spotlight. By registering 99 goals so far, he is likely to aim for his 100th goal here. Some other notable figures to watch are the Manchester duo, Bruno Fernandes from The Red Devils and Bernardo Silva from their noisy neighbour, Manchester City.

Inter Milan loanee who just won UCL with Bayern, Ivan Perisic will be the key man on the attack. He has notched up 26 goals in 88 appearances. Another name to watch is Mario Pasalic who aims for his first international goal here.

Vatreni’s current team might not be as solid as their 2018 squad but they still remain a dangerous threat for the home side. Fernando Santos’s men need to be careful here. Otherwise, they might end up only mustering a draw here. CR7 and Co are obliged to optimise their home advantage to secure three points.

Portugal is still considered as the favourite with their win market at 1.80. The draw result is at the value of 3.55, whereas Dragomaj Vida and Co are projected to win at 4.35.