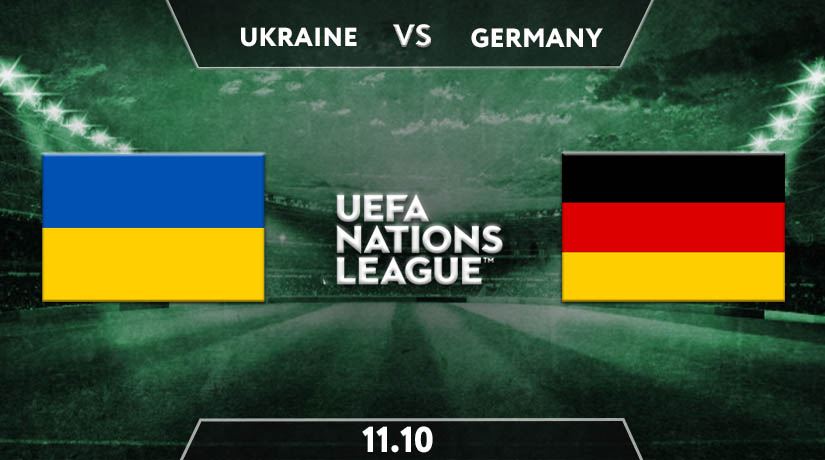 The name ‘Andrey Shevchenko’ surely rings the bell of almost every Ukrainian football fans. He was one of the notable football figures in his home soil alongside Oleg Blokhin and Valery Lobanovski.  Now, the former AC Milan star is currently in progress of making his own glory as a manager by leading his team in the UEFA Nations League 2020/21 after bringing Ukraine to qualify to EURO 2020 final round. This weekend, they will be hosting Die Mannschaft, Germany for the third match of Group 4 in Kiev.

Andrey Shevchenko’s men had to suffer a humiliating 0-4 defeat while taking on Spain on the match day 2. Sergio Ramos’ brace really put Ukraine at the backline most of the time. The remaining two goals were scored by the Spaniard youngsters, Ansu Fati and Ferran Torres

Meanwhile, Germany was unable to snatch maximum points on their visit to Basel. They were held in a 1-1 draw. Ilkay Gundogan gave them the lead first through his long drive just outside the penalty box but at the second half Silvan Widmer bagged an equaliser after converting Breel Embolo’s pass.

Shevchenko is likely to deploy more pragmatic or defensive formation to face off Der Panzer. 5-3-2 seems to be a proper one to avoid another big loss against the high-profile team such as Germany. Since a number of well-known names such as Olexander Zichenko, Marlos, Junior Moraes and Yevhen Konoplyanka did not get the pick here, Ruslan Malinovsky and Andrey Yarmolenko will be given more attacking role upfront as well as the midfielder to help win the ball and shoot from long range strike when necessary to stun their contender.

Joachim Loew still tends to opt for 4-3-3 formation with Leroy Sane, Timo Werner and Serge Gnarby on the attack. Meanwhile, Chelsea man, Kai Havertz can operate behind them as the number ten role supported by Ilkay Gundogan and Toni Kroos or Joshua Kimmich.

In Ukraine’s current squad, only two famous key men who are likely to lead the team in these upcoming two games. They are Atalanta’s versatile midfielder Ruslan Malinovsky is capable of playing as box-to-box midfielder, attacking midfielder and occasionally as the striker and West Ham winger Andrey Yarmolenko.

The hero between the sticks, Manuel Neuer is certainly one of the vital figures in the current squad. Moreover, his Bayern teammates such as Serge Gnarby and Joshua Kimmich will be focusing more on the attack and scoring. Another notable name to watch here is Real Madrid’s Toni kroos.

Der Panzer definitely attempts to snatch three points here tin order to avoid gaining another draw results respectively. Yet, Andrey Yarmolenko and Co have the home advantage, which could give more confidence boost to seal at least on point. It will be depending on how Shevchenko employs his tactics. However, Joachiem Loew’s men still have the quality to pick up a win on the road.

As the clear favourite, Toni Kroos and Co are backed to win at 1.35, whereas Ukraine is only projected to win at 8.45. The draw result is at the value of 5.35.