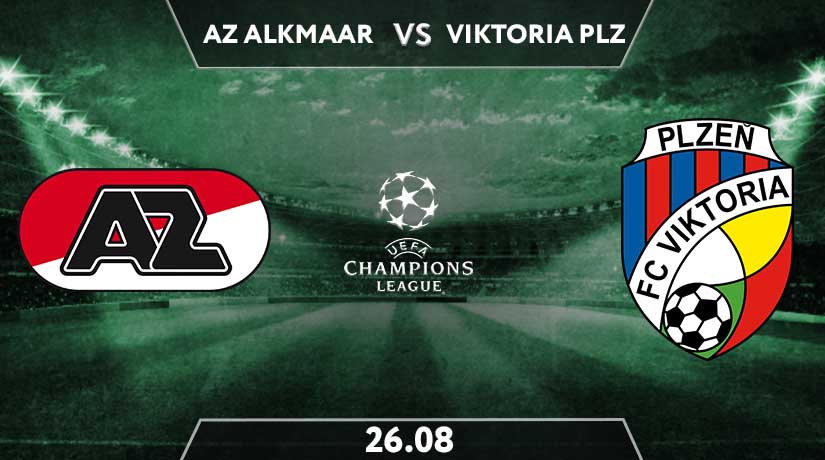 AZ Alkmaar was one of the hurtful victims in the domestic competition cancellation 2019/20 season due to the covid-19. They were involved in a tight rivalry with the reigning Champions Ajax in Eredivisie before the league stopped and collected the same points as De Amsterdammers. Yet, the final decision was on their side as KNVB did not plan to resume the league. As a result, they could not end their thirst of glory and have to begin their UCL campaign much earlier than their contender, Ajax. This week’s fixture marks their return in Europe by facing the Czech league runner-up last season, Viktoria Plzen.

Alkmaar seems to be planning to keep his key figures in the squad and succeeds so far, plus only releases a few for free such as Stijn Wuytens and Mees Hoedemakers. In addition, they only make minor signings, Hobie Verhulst from Go Ahead Eagles and the Japanese youngster Yukinari Sugawara.

Viktoria Plzen terminated the contract of their senior figure Roman Hubnik. He moved to Sigma Olomouc on a free transfer. They also released Jakub Siman and Jan Suchan for free as well. At the same time, Plzen made four signings, Adriel Ba Loua from MFK Karvina, Matej Hybs from Slovan Liberec, Miroslav Kacer from MSK Zilina and the AZ Alkmaar’s frontman Ondrej Mihalik.

Arne Slot is the same as any Dutch managers in Eredivisie who always deploys the typical 4-3-3 formation. The youngster Myron Boadu is the main scorer alongside Oussama Idrissi and Calvin Stengs. They all scored 32 goals combined last season. In the midfield, they are supported by Fredrik Midstjo and two Dutch internationals, Jordy Clasie and Teun Koopmeiners.

His counterpart, Adrian Gula shares the same view on the 4-3-3 formation. Tomas Chory is the main frontman accompanied by the former AZ Alkmaar man Ondrej Mihalik and Jan Kovarik or their new signing, the Ivorian Adriel Ba Loua.

AZ’s top performers last season, Oussama Idrissi, Teun Koopmeiners, the Norwegian Frederik Midstjo and Myron Boadu are still likely to be the key men this season. Their positive form shall endure this season, provided they are not sold to the top teams in Europe.

Ron Vlaar and Co are surely considered as the favourite and should be able to dismantle the Czech side here. Playing at home could be giving the advantage too although they should be careful on Plzen’s new signing who used to play for them, Ondrej Mihalik. He might expose Arne Slot’s men’s flaw to his team here. However, it is the home side which will eventually clinch a win.

According to the punters, the home side is surely backed to win higher, which is at 1.90. David Limbersky and Co are priced to win at 3.75 whereas the draw result is at the value of 3.50.

Make sure to bet on AZ Alkmaar vs Viktoria Plzen with 22Bet!