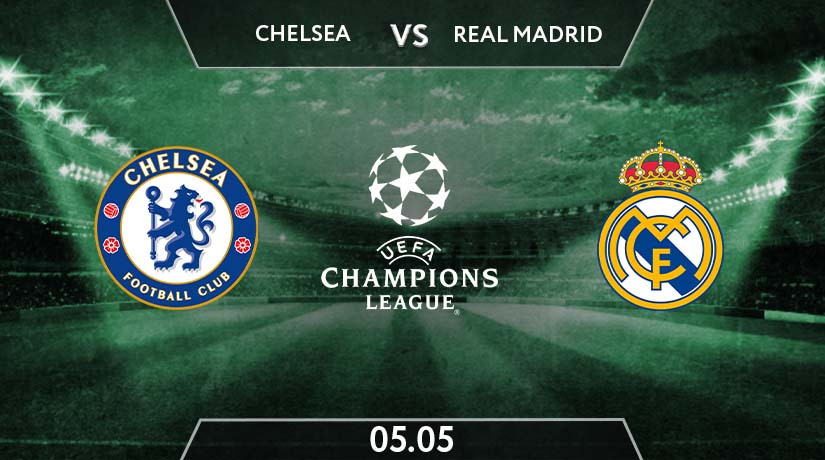 The Blues have the advantage to reach the final for the first time since 2012 with an away goal at the first leg. However, nothing is certain yet and there is still a second leg. Although playing at their home turf, Real Madrid has the mentality to survive at the crucial stage, similar like this one. Therefore, Thomas Tuchel’s men shall not be carried away with their slight advantage.

Chelsea’s positive trend endured last weekend. They crushed Fulham 2-0 through Kai Havertz’s brace. Such results helps keeping their position on the top four of the table.

Meanwhile, Los Blancos had to wait till the second half to break the deadlock while hosting Osasuna last weekend. Zidane’s men thumped the visitors 2-0. Their winning goals were scored by Eder Militao’s header and Casemiro’s tap into the back of the net.

Thomas Tuchel is still stick to 3-4-2-1 with the transition to 3-5-2. Unfortunately, two names are ruled out for this fixtures, Antonio Rudiger and Mateo Kovacic. Thus, Thiago Silva will be back in the line up accompanied by Cesar Azpilicueta and Kurt Zouma or Andres Christensen. For the frontman post, Timo Werner and Kai Havertz could get a nod to feature together supported by Mason Mount.

Zinedine Zidane could be deploying 3-4-3 again with the probable transformation to 4-3-3. Sergio Ramos, Marcelo, Dani Carvajal, Ferland Mendy and Lucas Vasquez are all on the sideline. Thus, Nacho will be opted to play as left wing back while Alvaro Odriozola with Raphael Varane and Eder Militao in front of the goalie. Federico Valverde will be another option on the left flank if they need more versatile and offensive figure to help building up the attack.

In Chelsea, the two German forwards, Timo Werner and Kai Havertz begin to find their rhythm under Tuchel. They have scored 10 goals and 10 assists combined in Premier League. Another vital figure to watch is Mason Mount who has netted six goals and provided five assists.

Karim Benzema is still the main scorer in Real Madrid with twenty one goals and eight assists in La Liga this season. Some other notable names to watch are Casemiro the former Chelsea goalie, Thibault Cortois and Spanish international Marco Asencio.

Cesar Azpilicueta and Co shall expect fiercer response from the visitors who are aiming to score more goals or score as early as possible and avoid being conceded. However, the absence of Los Blancos’ key defenders would leave the remaining names plus Cortois to hold on against Chelsea’s attack. Tuchel could rely on more mobile and swift forwards such as Werner, Mount and Pulisic to break the deadlock. The home side might only secure a narrow win but enough to get past the Spanish side to the final.