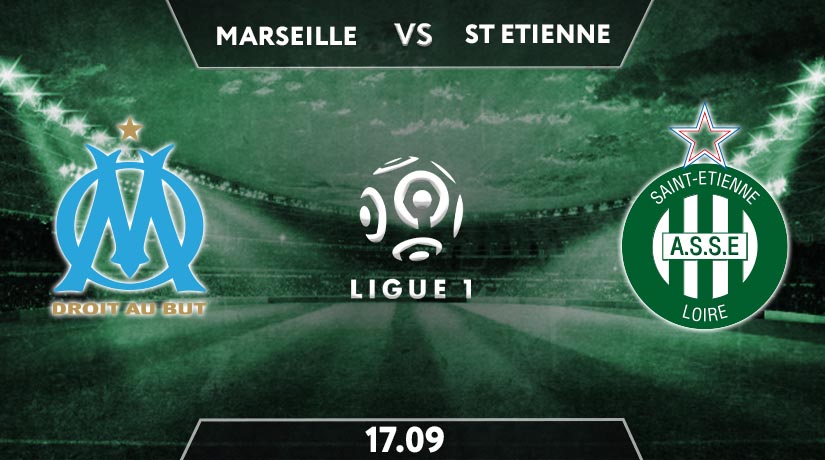 Marseille starts their campaign positively with two wins consecutively on their hand. Yet, it is still too early for a title race. Thus, they need to keep their focus on for one game at a time. This midweek Andre Villas-Boas’ men will be hosting Saint Etienne, which is also in their good form. They too have sealed two victories in a row at home. It will be a real test for Mathieu Debuchy and Co if they aim for the European place next year.

Dmitri Payet and Co had a crucial win last weekend in Paris in the early le classique clash. They thumped PSG by a single goal of Florian Thauvin. However, their real hero was the goalie Steve Mandanda who denied at least three golden opportunities from Le Parisien.  It was their first victory against their archrival in 9 years.

Meanwhile, Saint Etienne secured another 2-0 win while hosting Strasbourg. Denis Bouanga scored an opener through his penalty and Mahdi Camara doubled their lead eight minutes before the final whistle.

Andre Villas-Boas has more options to explore his tactical approach this season. After deploying 4-6-0 with Maxime Lopez as the false nine, the former Chelsea and Tottenham boss is likely to return to 4-3-3 with possibly Kostas Mitroglu or Valeri Germain as the targetman to accompany Dmitri Payet and Florian Thauvin who are operating on both wings. The Greek international is opted due to Dario Benedetto’s expulsion in the previous game. Some other names on the sidelines are Jordan Amavi for the same reason while Morgan Sanson and Bouna Sarr are injured.

His counterpart, Claude Puel seems to be employing his regular 4-2-3-1. The 33-year old forward Romain Hamouma will still be the front man, supported by Denis Bouanga, Arnaud Nordin and Adil Aouchiche.

The former West Ham man Dmitri Payet will be the key figure alongside Florian Thauvin who has scored one each in two matches, Steve Mandanda and Duje Caleta-Car. Another notable name to watch is the Spaniard Alvaro Gonzalez.

In Saint Etienne, the former Arsenal and Newcastle wing back Mathieu Debuchy, the goalie Jessy Moulin and the main scorer Romain Hamouma will potentially become the vital men for their campaign this season. They will be guiding the youngster such as Mehdi Camara and Adil Aouchiche to thrive this season.

In their first fixture at home, The OM is expected to continue their satisfactory result here. The absence of Dario Benedetto might not affect much of Villas Boas’ attacking side. Once their defence could be as discipline as in the previous match, especially in blocking the visitor’s swift counter attack, a three-point should be clinched without too much trouble.

As the supposedly clear favourite, Marseille are priced to win at 1.97, whereas Claude Puel’s men’s are in the win market at 4.00. The odds for a draw result are at the value of 3.20.