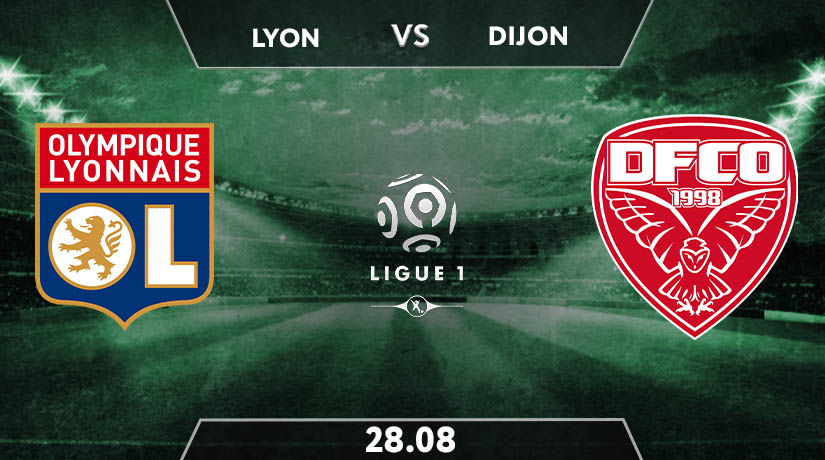 Lyon is bound to return to the pitch soon after their failure in Champions League campaign last season. On the verge of losing their key players, Les Gones will be only hosting Dijon on their first outing of Ligue 2020/21 this weekend. It shall be not too much trouble in sealing three points here to start off their new campaign for a better position this season.

Rudi Garcia’s men lost their only opportunity to have continental fixture this season after being trashed by Bayern 0-3 in the semifinal. Serge Gnarby was their nightmare as he bagged a brace before Robert Lewandowski netted another one through his header.

Their counterpart already suffered their first defeat on matchday one against Angers last weekend. The early goal of Ismael Traore was the one which made the difference. Dijon actually managed to respond twice by Aurelien Scheidler. Yet, both goals were disallowed by VAR due to the offside position. It was quite unfortunate for them.

Rudi Garcia is definitely in favour of his regular 3-5-2 formation with the transition to 3-5-1-1. Memphis Depay and Moussa Dembele are the best option, but Karl-Toko Ekambi might be selected as well for the starting IX. Yet, since they are on the superior side, Lyon might turn their pragmatic tactic to the offensive one with Rudi Garcia’s previous favorite, 4-3-3.

Stephane Jobard might be employing 4-3-3 formation again, yet with possible transition to 4-3-2-1 to hold their defensive line. Mounir Chouair will be expected to lead their attack again, accompanied by the young striker Aurelien Scheidler, while in the midfield Pape Cheikh and Didier Ndong will be the first layer of their defence.

In Lyon,  the Dutch international forward Memphis Depay is still the main scorer along with Moussa Dembele. Some other key figures are Houssam Aouar, Maxine Cornet and Bernard Traore.

Meanwhile, Dijon will definitely rely on the former Lyon man, Pape Cheikh, who was loaned to Celta Vigo last season and Mounir Chouair on the left flank to initiate the threat on Lyon’s defence. Another notable name to watch is the defender Wesley Latoua.

It has been a tiring season for Lyon and they only have less than three weeks to be back on the pitch. Their physical fitness might not be ideal yet. However, Memphis Depay and Co should secure a win at home here, considering Stephane Jobard’s men’s unconvincing forwards. At least a narrow win is likely to be on Les Gones’ hand.

Olympique Lyon are certainly the clear favorite.They are priced to win at 1.30 whereas Hans Flick’s men are backed to win at 5.45. The odds for a draw result are only at 9.75.

Make sure to bet on Lyon vs Dijon with 22Bet!