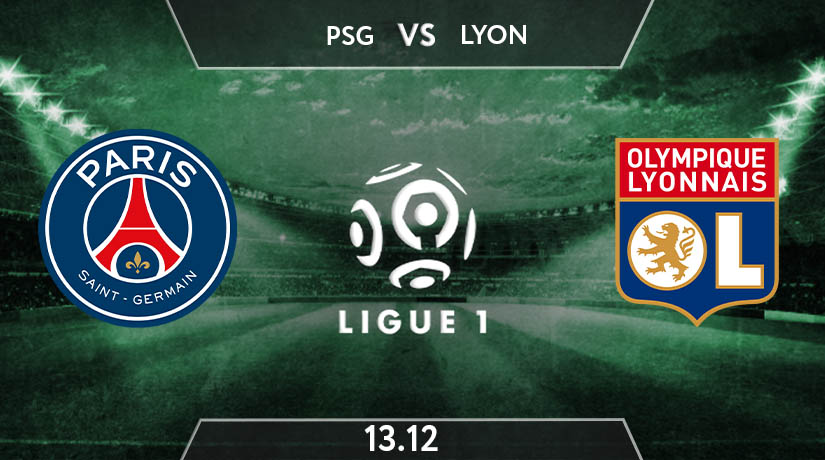 The big match in Ligue 1 is on this weekend when the Champions PSG is playing host to Olympique Lyon, the UCL semifinalist last season but did not manage to secure one ticket for continental campaign. This clash will be more exciting as well as intriguing for both sides as they are only separated by two points. PSG is still leading the standings while Les Gones is on the third.

PSG finally finished on the top of the group in the Champions League despite having lost over their contenders at the beginning. In the midweek fixture, they hammered Istanbul Basaksehir 5-1. Neymar bagged a hattrick while Kylian Mbappe scored a brace to end his goal drought. The Turkish side only replied once by Mehmet Topal.

Meanwhile, Lyon smashed Metz last weekend on the road. Karl Toko Ekambi was the man of the match by netting twice plus providing an assists for Memphis Depay to open the scoresheet. The home side only scored an consolation by Farid Boulaya.

Thomas Tuchel’s squad is physically fit without any injured key men apart from Juan Bernat who is still injured alongside Julian Draxler, Pablo Sarabia and Mauro Icardi. Thus, he will be deploying the offensive 4-3-3 with the best trident Kylian Mbappe, Neymar and Angel Di Maria or Moise Kean upfront.

Rudi Garcia also finds stability in his favourite formation while taking charge of AS Roma and Marseille. His 4-3-3 works best with the Dutch captain Memphis Depay, Tinotenda Kadewere and Cameroon international Karl Toko Ekambi, whereas Moussa Dembele is no longer the first choice due to his tendency of wasting decent chances.

Kylian Mbappe and Neymar have been unstoppable this season with thirteen goals and seven assists combined in Ligue 1 only. Another notable name to watch is the Italian youngster Moise Kean and AS Roma loanee Alessandro Florenzi.

On the other hand, Memphis Depay is still the key figure in Les Gones with six goals and four assists so far. Some other notable men to focus on are surely his duet, the former Villareal man, Karl Toko Ekambi with seven goals and three assists plus Zaire international Tinotenda Kadewere.

Le Parisien will have to be careful this time as they have stumbled several times against their contenders. Rudi Garcia’s men surely have potentials to do so with more solid team after making a number of new signings such as AC Milan’s Lucas Paqueta and Juventus’s Mattia De Scoglio. The match might end in a tie if Neymar and Co’s defence is not careful.

PSG is the still clear favourite, according to the punters. Their win market is at 11/17, whereas Lyon is only backed to win at 41/10. The odds for the draw result are at the value of 39/10.