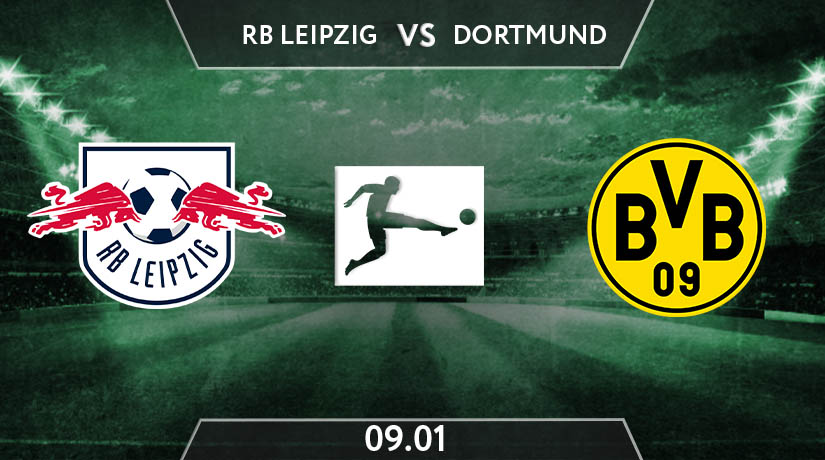 Die Borussen is currently in their transitional period after sacking Lucien Favre. His successor, Edin Tarzic, seems to be still in search of the proper tactical approach which suits the team’s potentials. So far, his side has been able to win three times and lose one, including one DFB Pokal fixture. His real test will be on schedule this weekend when Dortmund is taking on the runner up RB Leipzig on the road, collecting six points higher than Marco Reus and Co.

Leipzig’s positive trend still endured last weekend after defeating VFB Stuttgart 1-0 away from home. Their winning goal was scored by the La Masia graduate Dani Olmo. It was enough to keep their second position in the standings.

Dortmund had their second win in Bundesliga under Tarzic after dismantling Wolfsburg 2-0 at home. They really benefited from Jadon Sancho’s impressive display with one assist for Manuel Akanji’s header and one late goal to seal three points. Such brought them back to the top four after sliding to the fifth before the winter break.

Julian Nagelsmann has plenty of option when it comes to formation. Unfortunately, some key men will be ruled out here including Lukas Klostermann, Marcel Hastelberg, Christopher Nkunku and Nordi Mukiele. Thus, he might opt to 3-4-2-1 with the transition to 3-3-1-3. Yusuf Poulsen is likely to feature as the targetman supported by Dani Olmo or Justin Kluivert and Angelino in the wide areas, whereas Emile Forsberg will operate behind them and in front of Kevin Kampl, Marcel Sabitzer and Amadou Haidara. At the backline, Ibrahim Konate is accompanying Dayot Upamecano and Willi Orban.

Meanwhile, Edin Terzic is still in favour of 4-2-3-1  formation. However, he will be lacking of forward center as Erling Haaland is doubtful to be in his peak physical fitness while his back up Yousoufa Moukoko is injured, so are Marcel Smelzer, Jude Bellingham and Thorgan Hazard. Thus, playing Marco Reus as the false nine might be a considerable supported by Jadon Sancho and Giovanni Reyna, while Julien Brandt could take the number ten role.

Leipzig tends to rely on a number of players to score instead of one or two names only. The Dane Yusuf Poulsen and Angelino are the current tops scorer of the team with four goals and two assists. Then there are the Swedish international Emile Forsberg netting three goals and providing two assists plus Dani Olmo.

Dortmund, on the other hand, will have to rely more on the winger without Haaland in the starting IX. Jadon Sancho and the American youngster Giovanni Reyna. Both have scored four goals and eight assists combined.

The home side should have the advantage to clinch their victory here. Yet, they still lack of clinical finish in the penalty box. If Terzic’s men could frustrate Yusuf Poulsen and Co at the backline, they might have a chance to snatch a point here.

This is a mouthwatering clash which neither side is not considered favorite. The visitors are projected to win at 2/1 while Leipzig is in the win market at 19/13. The draw result is at the value of 13/5.