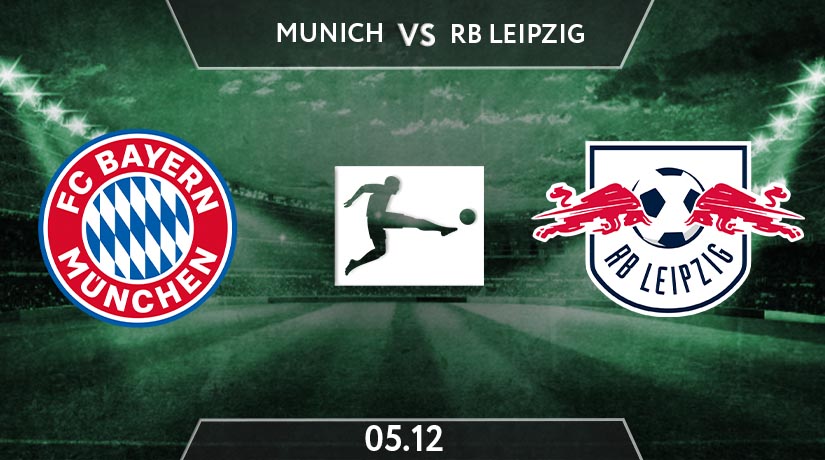 In the past few years, RB Leipzig has transformed into one of the toughest contenders for Bayern, apart from Borussia Dortmund. No wonder that the clash between Die Roeten and Leipzig has become one of the most anticipated games of the season, including this season. Their encounter is on schedule this weekend when Bayern will be playing host to Julian Nagelsmann’s men who are sitting just below their opponent separated by two points.

Bayern was held in a 1-1 draw in the midweek on matchday five of the Champions League. Deploying most of the B-team, Die Roeten conceded first by Joao Felix’s goal. Their equaliser came on the 85th minute through Thomas Muller’s penalty.

Leipzig, on the other hand, was involved in a tight clash against Istanbul Basaksehir. They eventually dismantled the host 4-3 in a thriller. Their winning goals were scored by Yusuf Poulsen, Nurdin Mukiele, Dani Olmo and Alexander Sorloth, while Basaksehir replied three times by Irfan Kahveci’s hattrick.

Hans Flick’s 4-2-3-1 will be deadly as most of their top players were rested while travelling to Wanda Metropolitano last Tuesday. The quartet upfront, Lewandowski, Serge Gnarby, Kingsley Coman and Thomas Muller will be fully fit here. The only names on the sideline are Alphonse Davies, Joshua Kimmich, Corentin Tolisso and Niklas Sule.

Meanwhile, Julian Nagelsmann might be employing 3-4-2-1. Yusuf Poulsen, Emile Forsberg and Alexander Sorloth will be fighting over one spot as the targetman or false nine role, while Christopher Nkunku and Dani Olmo are the best option to feature as the attacking midfielder. Nagelsmann’s concern will be more on the backline as Lukas Klostermann and Marcel Halstenberg are ruled out along with Konrad Laimer, Benjamin Henrich and Hwang Hee Chan who tested positive covid-19.

Bayern’s goal machine Robert Lewandowski is still unstoppable. He has bagged fifteen goals and made four assists already in all competitions. Another key man to watch is Serge Gnabry who was under Julian Nagelsmann’s team in Hoffenheim before moving to Alllianz Arena.

In Leipzig, the former Manchester City man, Angelino is one of Nagelsmann’s key men this season. He has notched four goals and one assist so far in Bundesliga, more than any of their new signings upfront, Alexander Sorloth and Hwang Hee Chan whose form are still below expectation.

Bayern has the physical fitness as well as home advantage here compared to Dani Olmo and Co which should give them bigger chance to win, despite their unsatisfactory record against Julian Nagelsmann’s Leipzig last season. At least a narrow win would be on their hand.

Hans Flick’s men are only the slight favourite, according to the punters. Their win market is at 6/13, whereas RB Leipzig is priced to win at 6/1. The odds for the draw result are at the value of 23/5.