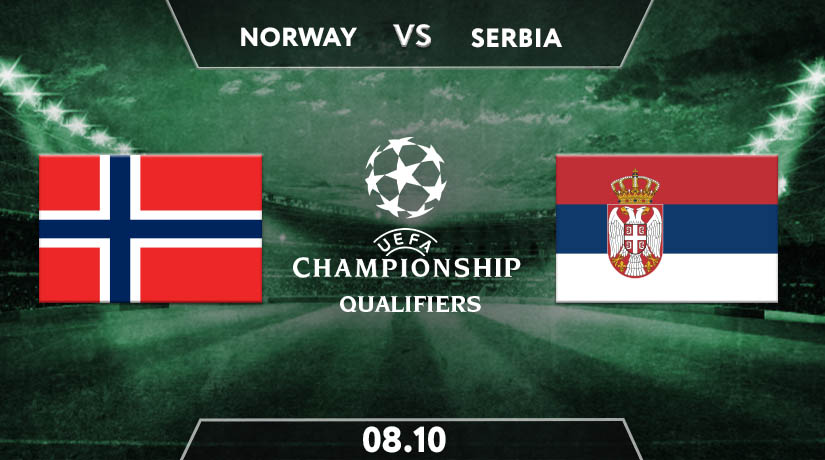 This is the EURO 2020 play-off, which means only a few steps closer to the final round. Some teams have to go through this stage to seal one ticket to the competition which is delayed this year due to the covid-19 outbreak. Those include Norway and Serbia, which will be squaring off in the semifinal playoff this Thursday in Ullevaal stadium, Oslo.

Norway’s current squad is one of the prominent ones in the history of Norwegian football. It has all the potentials to be equal to their last golden generation in late 1990s led by Henning Berg and Tore Andre Flo. Their brightest star today is surely Erling Haaland. Yet, he is not the only one. There are Leipzig’s Alexander Sorloth, Sheffield United’s Sander Berge, Sevilla’s new signing, Joshua King and last but not least Real Madrid’s youngster Martin Odegaard. All they need is the consistency for the positive results. In their last two outings, Norway has secured one win but lost one as well.

Meanwhile, Serbia’s form has not been considered satisfactory in the current UEFA Nations League despite filled with more well-known names such as Alexander Kolarov, Ajax’s Dusan Tadic, and Lazio’s Sergej Milenkovic-Savic. They have been unable to win in two matches so far. This will be the real task of Tumbakovic to improve his team for one slot in the EURO 2020 final round next year.

The former Sweden and Iceland boss, the experienced Lars Lagerback, is in favour of 4-4-2 with Erling Haaland and Alexander Sorloth as the explosive ‘two towers’ at the front. Their physical strength and composure combined with excellent positioning could bring nightmares to Norway’s opponent. They gain support from Mohammed Elyanoussi and Stefan Johanssen on both flanks while Sander Berge and Mathias Normann or Morten Thorsby will be the anchor in the middle.

Serbia under Ljubisa Tumbakovic has always been opting for 4-2-3-1 formation with Alexander Mitrovic as the frontman. On both wings Filip Kostic and Sergej Milenkovic-Savic can be opted for the starting IX while Dusan Tadic will be given the number-ten role. Considering their contender’s two towering deadly forwards, they could deploy 5-4-1 to close down their move and space in the penalty box.

Borussia Dortmund’s forward, Erling Haaland has stolen the spotlight of the football world since last year and surely is expected to be the key man in Norway for the more years to come. He has bagged three goals so far in the senior team. Some other notable name to watch is his duet Alexander Sorloth, Nimes’ wing back Birger Meling and Sheffield United defensive midfielder, Sander Berge.

Lazio’s Sergej-Milenkovic Savic is one of the most creative and talented midfielders in Europe today. Thus, he should be taking up more important role as the number 10 or as the box-to-box midfielder. Some other key figures to watch here are Dusan Tadic and the veteran Alexander Kolarov.

It is a decisive game for both teams which have been unable to progress to the final round of EURO championship. In fact, they both have not qualified since 2000 edition. Thus, it is expected to be a tight clash. However, considering their previous results, Lars Lagerback’s men should clinch a narrow win here.

Erling Haaland and Co is only the slight favourite and backed to win at 2.50. The draw result is at the value of 3.15, whereas Serbia is priced to win at 3.00.