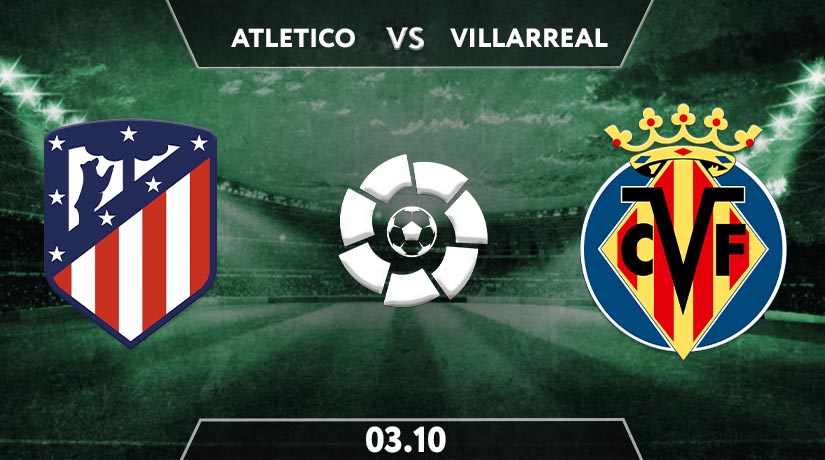 Los Rojiblancos has been known for years as the defensive team with the tendency of winning by one-goal difference most of the time. However, such is about to change this season with the presence of the former Barcelona man, Luis Suarez. He could be the missing piece on Atletico’s attack. This weekend they are aiming for another win at home while hosting Villareal,

Atletico’s great result on the first match did not endure at the second one. On jornada two against Huesca this midweek, they could only muster a goalless draw on the road. Suarez who earned his spot in the starting IX was not able to repeat his impressive debut. Accompanying Joao Felix upfront, he lost his deadly finish in the penalty box.

Villareal, on the other hand, managed to secure a 3-1 win over Alaves in the midweek fixture. Paco Alcacer was the man of the match as he netted a brace. Another goal was scored by Gerard Moreno through his penalty. Unfortunately, Alaves could only respond once by Edgar Mendez.

Diego Simeone or once known as ‘El Cholo’ during his playing years, will be opting for his favourite 4-4-2 or 4-4-1-1. Luis Suarez might not be in the line up as he is more effective while being brought on at the second half, considering that fact that he is no longer in his ideal physical fitness. Diego Costa or Marcos Llorente and Joao Felix are likely to be the main options on the front instead. Meanwhile, Angel Correa and Yannick Carrasco are more dangerous as wingers. On the injury table, only Jose Gimenez and Sime Vrsaljko are sidelined for this fixture.

The former Arsenal boss, Unai Emery, gained positive result after modifying the formation to 4-1-4-1. Paco Alcacer will be the targetman while Moi Gomez and Gerard Moreno are operating out wide. Take Kubo and Manu Trigueros could get a nod to play behind the front man. His main concern for this upcoming match is the absence of six figures in the squad due to the injuries. They are Francis Coquelin, Pervis Estupinan, Alfaro Pedraza, Ramiro Guerra and the former Liverpool man Alberto Moreno.

Los Choconeros’ hope to score currently lies not only to the slow Diego Costa or the youngster but has inconsistent form, but to Luis Suarez. The Uruguay star fits the role of the experienced attacker who is expected to make a difference at the second half. Another notable name to watch is Saul Niguez.

The Yellow Submarines also counts on the former Barcelona man who used to be Suarez’s back up in Blaugrana, Paco Alcacer. He has bagged three goals so far. Another key figure to watch is Gerard Moreno with three goals and one assist in his contribution.

Playing at home should be an advantage for Simeone’s men to secure another three points, hopefully with a big score. Yet, it might not an easy task since Gerard Moreno and Co are also targeting maximum points. A narrow win for the home side seems more likely.

According to the punters, Atletico is still the favourite. They are priced to win at 1.60, which is higher than The Yellow Submarines. Unai Emery’s men’s win market is at 6.00 whereas the odds for the draw result are at 3.85.