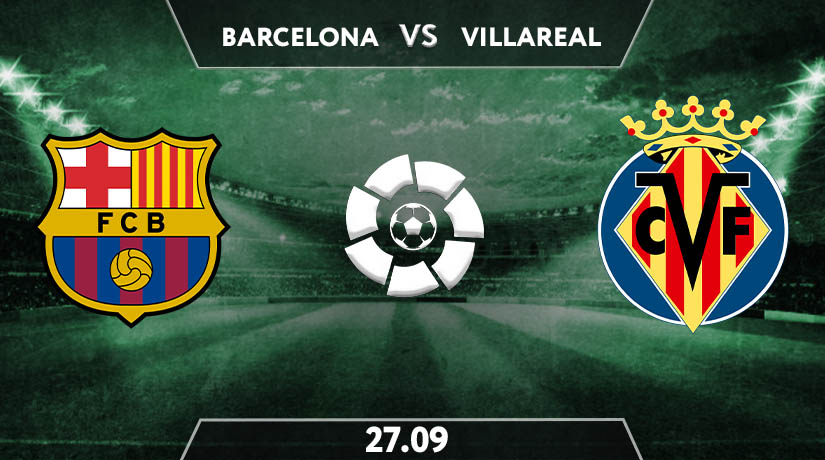 El Barca has been dominating the summer news lately. It all started with their shameful 2-8 defeat in the quarter final of Champions League last season, Messi saga which ended rather anticlimactic and the appointment of Ronald Koeman. Now with their La Liga’s first match is on the clock, they are racing against the time to revamp the squad before the transfer window’s deadline and have their pre-season matches. They will be hosting the La Liga dark horse, Villareal.

The Catalan side finally managed to sell some of their experienced figures such as Luis Suarez, Arturo Vidal, Ivan Rakitic and the last one, Nelson Semedo. They will depart this week. As their replacement, Pedri, Trincao and Miralem Pjanic have been signed. Koeman is targeting more new faces such as Sergino Denst, Memphis Depay and Gini Wijnaldum. However, no outcome is official yet.

Villareal has been quite busy in the current transfer window. The Yellow Submarine have captured the former Valencia duo, Dan Parejo and Francis Coquelin, Jorge Cuenca, Take Kubo, Geronimo Rulli and Pervis Estupinan. They will be filling the void left by Enes Unal, Karl-Toko Ekambi, Alvaro Gonzalez, Xavier Quintialla and Santi Cazorla, who have been sold recently.

The former Catalan star in 1990s, Ronald Koeman, has stated that he could employ more direct football instead of relying too much of ball possession without striking more instantly. Furthermore, a new formation will be opted too, a 4-2-3-1. Griezmann will be the main scorer, a role he once had in Euro 2016 before transforming to a second striker, while Messi, Coutinho and Ansu Fati or Ousmane Dembele will be constantly swapping positions as number 10 and both wingers. The only players on the injury table are Martin Braithwaite and Marc Ter-Stegen.

Meanwhile, Villareal’s newly appointed one, Unai Emery, is likely to deploy 4-4-2 again as he did in the previous two games. Gerardo Moreno and Pablo Alcacer will be the main forwards while in the midfield, Dani Parejo is the anchorman accompanied by Francis Coquelin or Manuel Trigueros plus Moi Gomez and Samuel Chukwueze playing out wide. Unfortunately, Carlos Bacca, Ramiro Guerra and the former Liverpool man, Alberto Moreno are on the sideline.

Barcelona’s current megastar, Leo Messi, is still one of the key figures of the team but Koeman will not be clinging too much on him to score or provide assist or create space, Antoine Griezmann will get a nod to focus on scoring more than last season. Some other notable names to watch are Frankie De Jong, Phillipe Coutinho and Miralem Pjanic.

In Villareal, the Spain international Gerrard Moreno is the potential key man of the season alongside Dani Parejo and the goalie Sergio Asenjo.

There is no time to lose and the catastrophic season in 2019/20 shall not repeat. The home side is expected to have three points clear here with their new direct offence. Messi and Co shall have no difficulty to do so, especially considering the fact that Unai Emery’s men have been struggling still to only collect four out of six points at home while only facing off Huesca and Eibar.

Koeman’s Barca is surely the favourite with their odds win at 1.47. Gerardo Moreno and Co are only projected to win at 5.85, whereas the odds for draw result are at 4.60.