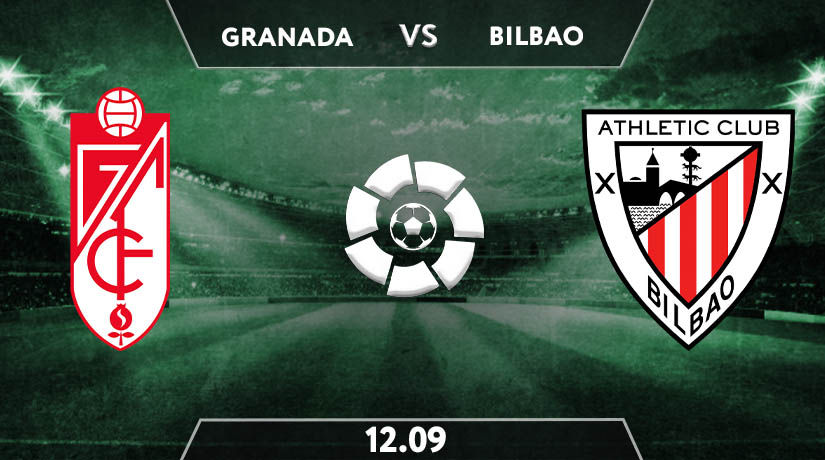 Granada’s wonderful campaign last season has led them to the continental competition for the first time in history. This season, they are ready to aim higher with more fixtures on their hand. The opportunity to clinch a win on the opening round of La Liga 2020/21 this weekend shall not be missed by Roberto Soldado and Co. They happen to be meeting Athletic Bilbao again, the team they demolished 4-0 in the final matchday last season. The Basque side surely does not let them lose in a big score anymore here.

Granada’s key man last season, Carlos Fernandez, had to return to Sevilla after his impressive form last week. To fill in his void, plus improve the squad for Europa League, they brought in some new faces such as Tenerife’s Luis Milla, the former Roma and Lyon man, Maxine Gonalons, Chelsea’s loanee who played for Getafe last season, Kenedy, Watford’s Dmitri Folquier and extended the loan for Real Madrid’s young defender, Jose Vallejo.

Bilbao has barely made any signings due to their ideal policy, which states that only the figures with Basque blood could be in the squad. Thus, they only promoted their young local talents such as the forward Oihan Sanchet and Jokin Ezkieta. Bilbao also released Christian Ganea to Aris Thessaloniki, Andoni Lopez to Logrones and terminated Benat Exteberria’s and Mikel San Jose’s contract.

Diego Martinez will possibly opt for 4-3-3 formation with Roberto Soldado as the main scorer accompanied by Fede Vico and possibly Darwin Machis or Antonio Puertas who are tipped to be in the starting IX, whereas their new signing, Luis Milla will be operating in the midfield. Only two names are on the sideline for this fixture, Dimitri Folquier and Jorge Molina.

Gaizka Garitano is likely to deploy 4-2-3-1 formation. Raul Garcia seems to be more dangerous as the lone striker while Inaki Williams, Iker Muniain and Oihan Sanchet could be opted for supporting him from the middle and both flanks. However, Ibai Gomez, Yuri and Peru Nolaskoain are ruled out here.

The former Valencia, Tottenham and Villareal man, Roberto Soldado will still be the vital figure upfront. His experience and good positioning at the penalty box are still useful to help them score more. Another notable name to watch is the Venezuelan winger Darwin Machis.

In Bilbao, their goalie Unai Simon is expected to carry on his impressive form last season which earned him a call-up for the national team last week. In the midfield, Unai Lopez is still the key man while Raul Garcia will be focusing more on the attack. Another important figure who could make the difference on the second half is Asier Villalibre.

Both teams actually share the same quality. Yet, without their top frontman last season, Carlos Fernandez, Granada’s attack might less dangerous than before. This could be the advantage for Bilbao to snatch points here. a draw might be a fair result.

This clash is expected to be even. Granada is priced to win at 2.85, whereas Gaizka Garitano’s men are backed to win at 2.75. The odds for the draw result are at the value of 3.00.