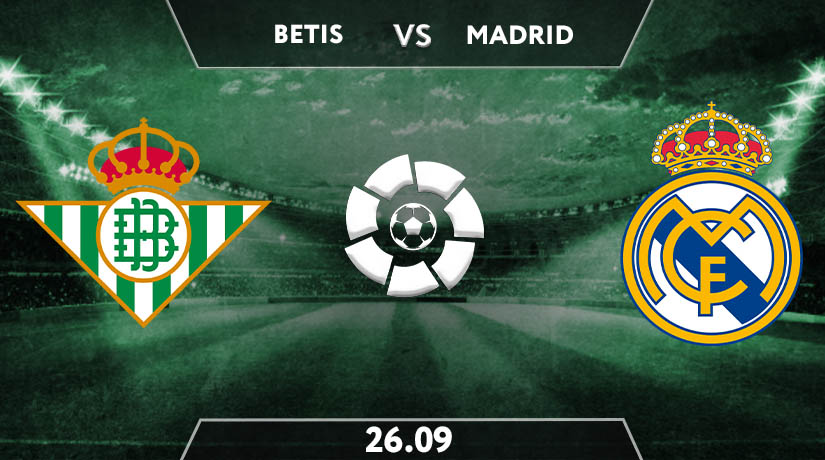 For Manuel Pellegrini, Real Madrid leaves no fondness in his memory. His short spell in Bernabeu was disappointing and certainly without any silverware. This weekend, the current Betis boss will be hosting his former side back in 2010 to carry on his team’s positive trend. Such is never easy to snatch a win, especially when facing off the defending Champions. Yet, it does not mean that is impossible since Los Blancos’ last visit to Benito Villamarin also ended up in a defeat.

Betis managed to win with a clean sheet consecutively while playing host to Real Valladolid last week. They thumped the visitor 2-0 by Nabil Fekir’s penalty and William Carvalho’s long range drive which landed at the far post of the opponent’s.

Meanwhile, Real Madrid was held in a goalless tie last week. Martin Odegaard who was given a chance for the starting IX has not proven his quality yet. His presence and return to his former club last season still did not meet Zidane’s expectation yet.

The former Villareal, Manchester City and West Ham boss is seemingly deploying 4-2-3-1 formation. His frontman options are quite limited and not exactly convincing. Thus, Pellegrini might push Nabil Fekir as the false nine while Sergio Canales, Christian Tello and Joaquin or Andreas Guadrado will provide the attacking and defending support. The double pivot will be given to William Carvalho and the Argentine Guido Rodriguez. On their injury table, there are only William Kaptoum and Victor Camarasa who will be sidelined here.

Zinedine Zidane has always been sticking to his favourite 4-3-3 which can be flexible sometimes with the transformation to 4-3-2-1.Yet, their attacking lines are still in crisis due to the injury of Eden Hazard, Luka Jovic, Marco Asencio, Lucas Vasquez, Isco, Mariano Diaz plus the centre back, Eder Militao. Moreover, Martin Odegaard is doubtful because of the inconsistent result of the covid-19 test result. Thus, Karim Benzema, Rodrygo and Vicinius Jr are the only possible options for the front three.

There are a number of La Masia graduate as well as former Barcelona men in the squad. Christian Tello is one of the possible key figures of the team. Some other notable names to watch are Nabil Fekir, Marc Batra and last but not least the 39-year old Joaquin Sanchez.

In Los Blancos, Karim Benzema is still the key man upfront. However, he desperately is in need of more support from the wings and midfield. Considering their current forward crisis, Zidane might rely more on Luka Modric, Dani Carvajal and Sergio Ramos to score from set piece scenario.

Joaquin and Co will encounter the limping Madrid at the front. It means Zidane’s men will be counting on the defence, counter attack and set pieces more than before. Thus, Betis might have a chance to pick up a win here after all if Pellegrini could optimise his squad. Nevertheless, considering both teams’ latest circumstance, another draw seems fair for them.

Sergio Ramos and Co are still the clear favourite despite their crisis, with their odds to win at 1.85, whereas the host is only priced to win at 4.00. The odds for the draw result are at the value of 3.80.