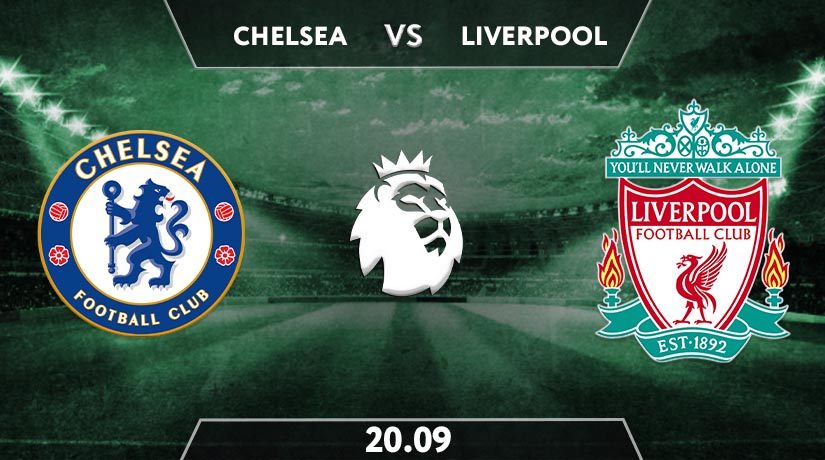 It is still the second week but the Blues have to deal with a big match this weekend. They will be taking on the reigning champions Liverpool at their home turf. It might sound tough for Frank Lampard’s side. Yet, it is a perfect test for both. The Blues need to show how worthy they are for being considered as the strong favourite this season while facing off high profile teams such as The Reds, whereas for Virgil Van Dijk and Co, this could be testing their mentality to defend the title after a win with a thrilling encounter against the promoted team in the previous week.

Chelsea had a satisfactory start while visiting Brighton last week. They dismantled the host 3-1. Jorginho’s penalty was the opener before Brighton could equalise by Leandro Trossard at the second half. However, the tie did not last long as two minutes later Reece James netted his Premier League first goal and provided an assist for Kurt Zouma’s goal.

The Reds had to go through a tight clash against Leeds United before finally thumping Marcelo Bielsa’s men 4-3 in a thrilling game. Mo Salah’s hattrick with two penalties eventually saved them from embarrassment at home. Another goal was scored by Virgil Van Dijk’s header. Leeds could reply three times by Jack Harrison, Patrick Bamford and Mateusz Klich.

Frank Lampard seems to be more confident on conducting experiments towards the formation. He opted for 4-2-2-2 last week and he might be deploying the same with the transition to 4-3-2-1. Timo Werner is the main forward while Mason Mount and Kai Havertz are supporting him from behind. However, Christian Pulisic, Ben Chillwell, the Scottish young playmaker, Billy Gilmour are still ruled out and so are Hakim Ziyech, Thiago Silva and Marco Van Ginkel.

His counterpart, Jurgen Klopp, will stick to his 4-3-3 with the transition to 3-4-3 like he did last week. His trident, Firmino-Mane-Salah is still irreplaceable. Yet, to anticipate The Blues’ possible defensive stance, Xerdan Shaqiri can be given a chance for number-ten role behind two frontmen, should one of them is not in his best, to break the deadlock.

All eyes will be targeting the German duo, Werner and Havertz in each and every game of the Blues this season. The former seems to be performing better in the previous game than the latter that might need more time to adapt. Another key man to watch is the former Napoli man, Jorginho.

Mo Salah might be the star of last week fixture, but Sadio Mane and Roberto Firmino can not be ignored. They shall have their turn to bring waves of threat to the contenders’ defence line. Not to mention their two offensive wing backs, Andrew Robertson and Trent-Alexander Arnold whose crossings and long shots could end up at the back of the opponent’s net as well.

It is the second season for Lampard’s and Klopp’s rivalry with more convincing start on the former side. Ideally, the match shall end in a draw but if the Blues could exploit The Reds’ defensive frailty as Leeds did last week, a chance to seal three points might be open after all.

The punters seem to be taking side of Jurgen Klopp’s men despite playing away. They are backed to win at 2.10, whereas the home side is in the win market at 3.10. The odds for the draw result are at 3.70.