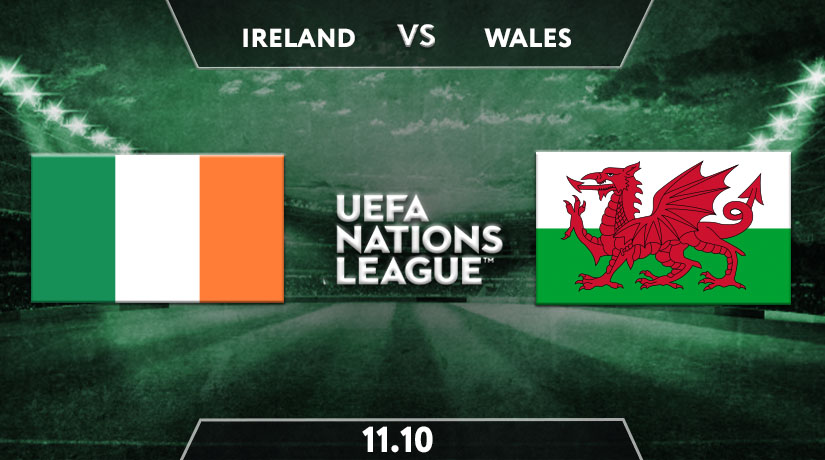 The two neighbouring nations on the northwest, Republic of Ireland and Wales, will be facing off this weekend for match day three of UEFA Nations League B group 4. Ireland’s campaign has been less impressive than their nearby contender, which has sealed two wins. Wales even can keep the clean sheets as well in the first two games of the group. Therefore, Shane Duffy and Co are not exactly the favourite against Ryan Giggs’s men here. Yet, nothing is impossible on the pitch, and so is their chance to pick up three points here.

Ireland’s form has not been getting any better yet. In their last outing for the EURO 2020 play-off last thursday, they only played goalless against Slovakia during the normal time and had to lose 2-4 by penalties. It was yet another failure to qualify to the major tournaments.

Wales had a friendly match fixture on the same day. They were beaten by their ‘older sibling’ England by three goals to nil. Dominic Calvert-Lewin, Conor Coady and Danny Ings scored The Three Lions winning goals.

Stephen Kenny seems to be still in search of the best formation for the team. Previously, he employed 4-3-3 and 4-2-3-1 but the results stay the same, scoreless and winless. He should consider deploying 3-5-2 just like what Chris Wilder does in Sheffield United. Callum Robinson and Dave McGoldrick who used to be a duet last season in The Blades, shall be paired up at the front. In the midfield, Matt Doherty and Robbie Brady shall be the wing backs while in the middle, Harry Arter, Conor Hourihane and Jeff Hendrick will be the ones who keep the balance on both offence and defence.

Meanwhile, Ryan Giggs has been more confident with his 4-2-3-1 formation. He has better group of youngsters in the squad who are ready to take the armband of key figures in Wales such as Neco Williams, Daniel James, Harry Wilson and Ethan Ampadu. Gareth Bale will still be leading their attack from out wide while Kiefer Moore is the target man and Jonathan Williams shall take the playmaking role.

The Boys in Green currently have few key men to rely on. Robbie Brady is one of them. The versatile Burnley man has notched up eight goals in 49 appearances. Some other vital names in the squad are Tottenham’s Matt Doherty, Celtic man Shane Duffy and Aston Villa’s set pieces specialist, Conor Hourihane.

Wales, on the other hand, has more players with better technique and creativity. The likes of Aaron Ramsey, Daniel James, Gareth Bale and Jonny Williams should help them provide more various attacking options on the pitch.

They may be neighbours with the same root but Wales seems to be more evolved than Ireland which still counts on classic kick-and-rush football. Their results in the past three games are more disappointing than Gareth Bale and Co as well. Such should give a notion that the visitor could snatch another 1-0 win here.

The clash is expected to be even. According to the punters, both teams even have the same odds to win, 2.75, whereas the draw result is lower at the value of 2.95.