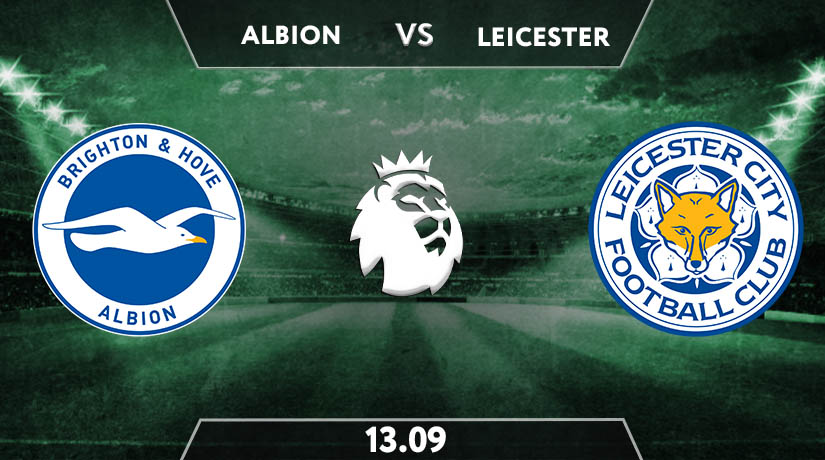 The runner-up of Championship last season, West Bromwich Albion, comes back strong to the top flight under the command of Slaven Bilic. They will begin their campaign by taking on Leicester City. The target of staying in a top tier is a non-negotiable one for the former Croatia and West Ham boss. Thus, a victory at home here is necessary.

West Brow Albion has been fairly active in the current transfer window. They have signed Grady Diangana, Cedric Kipre, David Button, Sporting Lisbon’s man, Matheus Perreira and Sheffield United forward Callum Robinson. They are the replacements of the key figures who have been released. They are Oliver Burke, Jonathan Leko, Nathan Fergusson and Chris Brunt, whereas their senior ones like Gareth Barry and the goalie Ali Al Habsi decided to retire this season.

Leicester is now seeking for the new left back after the departure of Ben Chilwell to Chelsea. They have just signed Atalanta’s versatile wing back Timothy Castagne and recalled their loanees such as Islam Slimani, Adrien Silva, Rachid Ghezzal and Filip Benkovic. The Foxes also terminated the contract of Andy King, Bartosz Kapuszka and George Thomas.

Slaven Bilic prefers to deploy 4-2-3-1 formation. He counts on Charlie Austin or Hal Robson-Kanu as the lone striker while the former West Ham youngster Grady Diangana and the Scottish international Matt Phillips can operate from the wings. In the midfield, the captain Jake Livermore will be the anchor to keep the balance on the defending and building up the attack.

Brendan Rodgers tends to in favour of 4-1-4-1 formation. Jamie Vardy is still the number one scorer while Ayoze Perez and Harvey Barnes will be playing wide. In the middle, James Maddison and Youri Tielemans are the best option to create spaces as well as press the opponent’s defence.

The Baggies winger, Matt Phillips is one of the dangerous and experienced figures in their attack, who brings threat to their opponent from the right flank. He will gain support from Grady Diangana. Another notable man to watch is Jake Livermore.

Meanwhile, Jamie Vardy remains one irreplaceable scorer for his team. Last season’s EPL’s top scorer is likely to continue his role as the number nine. Some other key figures to watch here are Ayoze Perez, Youri Tielemans and James Maddison.

It might not be the big clash for them but both sides are certainly looking for a win to boost their confidence and mentality in the toughest competition in the world. Brendan Rodgers’ men seem to have a better advantage to snatch three points here considering their current squad. A narrow win for the Foxes is more plausible.

The punters are seemingly still backing Jamie Vardy and Co to win quite high at 1.97, whereas West Brom’s odds are in the win market at 4.00. The odds for the draw result are at the value of 3.60.