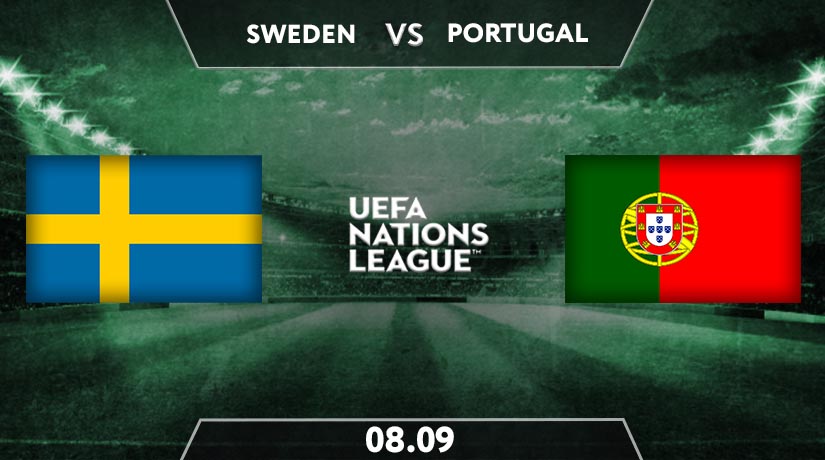 Portugal began their current UEFA Nations League campaign well. They seem to worry no more without their star captain, Cristano Ronaldo on the pitch. A number of talents in the squad are ready to fill in position. Such is certainly an advantage for Fernando Santos who would easily select his starting IX without sacrificing the quality. This midweek they will be visiting Friends Arena, Solna to take on Sweden for the second round of League A Group 3.

Blagut’s first game at home had to end in a defeat. They were beaten by the current World Cup winner France 0-1. A single goal of Kylian Mbappe made the difference in their previous outing. Sweden could not repeat their success in thumping Les Blues in World Cup 2018 qualifying round.

Seleccao de Quinas successfully hammered Croatia 4-1 despite being almost frustrated by a number of decent chances denied by Vatreni’s defense, goalkeeper or the posts before Joao Cancelo scored an opener at the end of the first half. At the second half, Portugal extended their lead by Diego Jota, Joao Felix and Frankfurt striker Andre Silva while Croatia was only able to reply once by Bruno Petkovic.

Janne Anderson is bound to deploy 4-4-2 again with more solid defence line to prevent them from conceding. The Red Devils defender Victor Lindelof will command on the back while in the midfield Emile Forsberg, Ken Sema, Albin Ekdal and Dejan Kulusevski should be in the starting IX to support Robin Quaison and possibly Real Sociedad boy Alexander Isak instead of the slow Marcus Berg.

Fernando Santos is quite adaptable when it comes to tactical formation. He might opt for 4-3-3 or 4-3-2-1 again if Cristiano Ronaldo is still ruled out. Bruno Fernandes and Joao Felix or Bernardo Silva are likely to be the main support for the lone striker Diogo Jota or Andre Silva.

RB Leipzig winger Emile Forsberg will be the key man on Blagut’s attack. He has earned 50 caps and registered eight goals. Some other notable figures to watch are Victor Lindelof, Alexander Isak and the goalie Robin Olsen.

Portuguese’s young star Joao Felix seems to be ready to step in for the bigger role in the team. The Atletico Madrid man just scored his first goal in the previous game. Another key man to watch is certainly Manchester United creative midfielder, Bruno Fernandes.

Fernando Santos’ men’s convincing start should boost their confidence to pick up another three points here despite playing away. Unless Victor Lindelof and Co could build up a stronger defensive stance with a swift counter attack scenario, the Swedes are unlikely to avoid another loss at their home turf. A definite win is on the visiting side.

Portugal is surely the clear favourite. They are backed to win at 1.82. The draw result is at the value of 3.40, whereas Janne Anderson’s men are priced to win at 4.80.