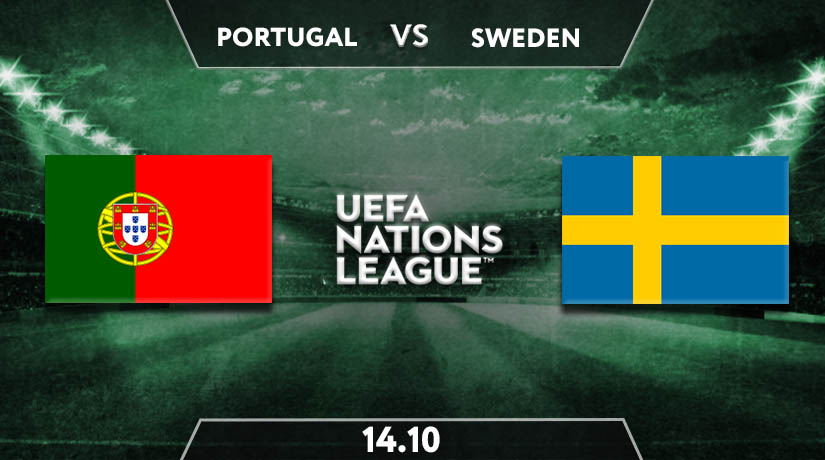 Sweden currently holds the rock-bottom of the table in group 3 UEFA Nations League A and certainly is under the threat of relegation, unless they start picking up three points. They have been winless in the past three games, except in the friendly match last week. Unfortunately, the hope for sealing a win would be challenging this midweek as Janne Anderson’s men have to travel to Portugal to take on the defending champions.

Portugal was unable to snatch three points in their visit to France last weekend. They could only muster a goalless draw in Saint Denis. It was a tight but rather dull one as there were few opportunities to score from both sides.

Meanwhile, Blagut suffered another loss on the road in Zagred. They were beaten by Croatia 1-2. Nikola Vlasic gave Vatreni the lead but Markus Berg managed to find an equaliser before Andrej Kramaric tapped in the ball into the net again only sixth minutes before the stoppage time.

Fernando Santos’s 4-3-3 is still likely to be deployed again here. Cristiano Ronaldo might be best to occupy the centre forward role instead of playing as wide attacker whereas Diogo Jota and Bernardo Silva shall feature on both flanks to support the megastar. Joao Felix could come off the bench if they are still having a hard time breaking the deadlock.

Janne Anderson, on the other hand, needs to consider modifying the formation or tactical approach as his classic 4-4-2 has been easily anticipated. The 5-3-2 or 5-2-1-2 could be useful to overload their back line and swiftly build up their attack relying on Emile Forsberg behind Dejan Kulusevski and Alexander Isak or Robin Quaison as the duo front men who could drop off too when necessary.

Apart from the irreplaceable Cristiano Ronaldo, Fernando Santos does still count on some seniors such as Pepe and Joao Moutinho, who are given a task to lead as well as guide their young talents to thrive with Selecao Das Quinas. Atletico Madrid man Joao Felix, Barcelona’s new signing, Trincao and Lille’s Renato Sanches are the ones expected to be their team’s key figures in the near future.

RB Leipzig attacking midfielder Emile Forsberg is certainly Blagut’s vital figure upfront. Some other notable key men who are expected to be capable of making the difference in this game are Robin Olsen, Viktor Claesson and Mainz’s Robin Quaison.

This clash could be an easy one for the home side. Yet, Cristiano Ronaldo and Co would attempt not to get carried away with their positive results so far. Unless Blagut comes up with a different and stunning tactical approach to stumble the home side, the result will still be in Portugal favour.

The punters definitely back Fernando Santos’s men to win at 1.45. The draw result is at the value of 4.25, whereas Sweden’s odds to win are much lower, only at 7.00.