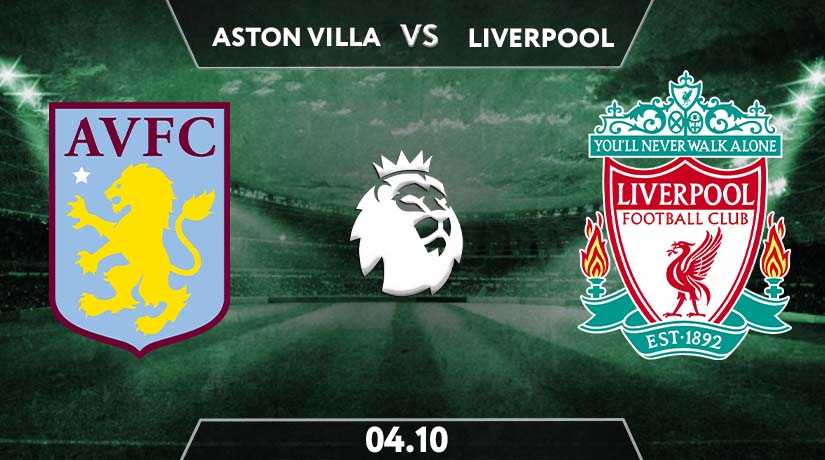 Last season, The Villans’ campaign was not exactly satisfactory. They were at the bottom of the table most of the time and had to fight almost to the final match week to save them from the relegation threat. Yet, they could hope for a much better position this season with a number of new signings this summer plus Jack Grealish’s decision to stay with the team despite the offers from the high-profile contenders. This weekend is the right time to push their limit and find out whether they can compete in the top ten or even higher while facing off the defending Champions, Liverpool at their home turf.

Jack Grealish and Co had another win last weekend. Their visit to Fulham ended with a 3-0 victory on their side. Jack Grealish, Conor Hourihane and Tyrone Mings bagged the winning goals in Craven Cottage. Moreover, they could keep a clean sheet respectively in the past two games.

The Reds also showed their true quality while dismantling Arsenal 3-1 in Anfield last weekend. Despite being one goal behind first as Alexander Lacazette tucked in Andrew Robertson’s deflected ball into the net, they replied almost instantly by Sadio Mane three minutes later. The Scotland international even found his moment of salvation after scoring on 34th minutes. Finally, another new arrival of them, Diogo Jota netted one goal just a few minutes before the stoppage time.

Dean Smith is apparently a fan of offensive football and tends to deploy 4-3-3 formation. Jack Grealish will be leading the attack as the right winger to accompany The Egyptian Trezeguet and the former Brentford man Ollie Watkins. On the injury table, only Wesley is apart of the starting IX, while the remaining two, Bjorn Engles and Tom Heaton can be easily covered by Ezri Konsa and the Argentinian goalie, Emiliano Martinez.

Meanwhile, Jurgen Klopp is still in favour of his favourite 4-3-3. However, this could be a good opportunity to rotate his squad, especially on the front by attempting the combination of Sadio Mane, Diogo Jota and Divock Origi. However, some key players will have to be sidelined due to their injury, including the captain Jordan Henderson, Joel Matip and their two new faces, Thiago Alcantara and Konstantinos Tsimikas.

In Aston Villa, the key men of the team are surely the captain Jack Grealish and the defender, Tyrone Mings. They both score one each in the previous game. Another vital name to watch this season is the former Arsenal man, Emiliano Martinez, who has been able to keep a clean sheet in the first two games.

Apart from his forward trio, Klopp does rely on these two modern wingbacks, Andrew Robertson and Trent-Alexander Arnold. Some other notable figures to watch are Fabinho, Virgil Van Dijk and Alisson Brecker.

It might not be a mouth-watering clash but it has the potentials to be a goal galore, considering both prefer to employ swift offensive football. The Reds already experienced it while hosting Leeds on match day one. The Villans could do the same here. Yet, Firmino and Co can eventually secure a narrow win.

The punters seem to be taking side of The Reds despite playing away. They are backed to win at 1.30, whereas Dean Smith’s men’s odds to win are at 10.25. The odds for the draw result are at 5.55.