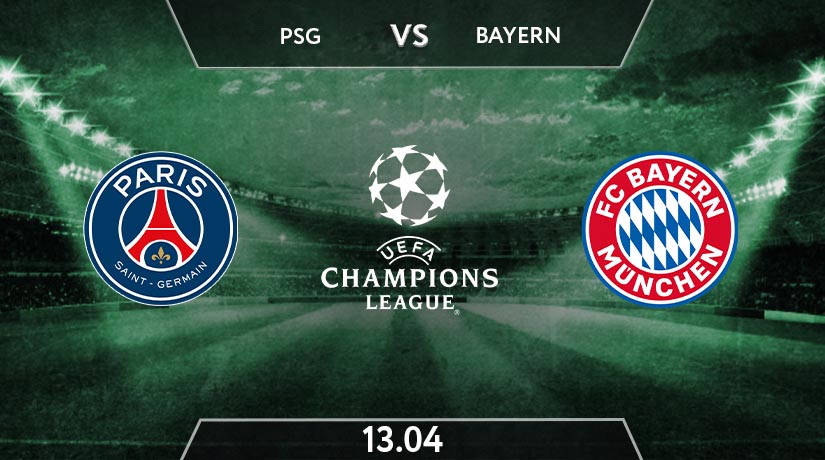 The shocking loss at home in the reverse fixture is certainly a stain in Die Roeten’s impressive campaign under Hans Flick. No wonder that the former Joachiem Low’s assistant will be fighting till to end to secure a semifinal place with two-goal difference at least. Something which is ideally possible for Bayern in full throttle but now without Lewandowski, Leon Goreztka and Serge Gnarby here plus taking on PSG which is in their positive trend, their chance to overturn the situation remains doubtful.

Le Parisien did not waste their time to continue winning after the stunning win in Munich. Pocchettino’s men hammered Strasbourg 4-1 on the road. Kylian Mbappe, Pablo Sarabia, Moise Kean and Leandro Paredes bagged their winning goals while the home side only managed to score a lifeline before conceding the last time by Sahi’s close range strike.

Bayern’s dominance and confidence did look disrupted last weekend when hosting Union Berlin, although it is mainly due to that fact that many youngsters got the nod in the starting XI. Jamal Musiala gave them the lead first but five minutes before the final whistle, Union equalised as Marcus Ingvartsen found the back of the net.

Mauricio Pocchettino is likely to ponder what formation suits his team best to avoid conceding since the skipper Marquinhos is ruled out here. The former Spurs boss could opt for 4-3-1-2 with Neymar still operating as the number ten behind Kylian Mbappe and Moise Kean or Julian Draxler, while in the midfield, Leandro Paredes, Idrissa Gueye and Rafinha or Marco Verratti will be covering the area. The Portuguese international, Danilo Perreira will take over Marquinhos’ post as a centre back alongside Presnel Kimpembe.

Meanwhile, Hans Flick might start to consider different formation considering his preferred 4-2-3-1 formation ended in disappointing results in two games consecutively. With those three key men, plus Lucas Hernandez, Niklas Sule, Marc Roca, Corentin Tolisso and Diego Costa on the sideline, Bayern does lack of choice upfront. Flick could attempt 3-4-2-1 formation to optimise the limited option for targetman. Kingsley Coman can be deployed as the frontman as he is more mobile and swifter in moving than the static Choupo-Moting. The Frenchman will be supported by Thomas Muller and Jama Musiala from behind. In the midfield, Joshua Kimmich is pairing up with Javier Martinez while Alphonse Davies and Bruno Sarr will be operating wide.

The world cup winner, Kylian Mbappe will still be the main scorer. His contribution as a forward is outstanding with 29 goals and 10 assists in Ligue 1 and UCL this season. Another name to watch is surely, Neymar who made two assists in the reverse fixture.

Bayern will need Joshua Kimmich and Thomas Muller to be in control of the game as well as creating chances as many as possible in Paris. There are the key in Bayern’s attacking build-up.

Neymar and Co is unlikely the dominant side on the pitch as Hans Flick’s men will be pushing themselves to score and as quick and many as possible. This could leave their defence exposed and enable the away side to strike back relying on the pace of Kylian Mbappe. A draw seems to be the fairest result here.