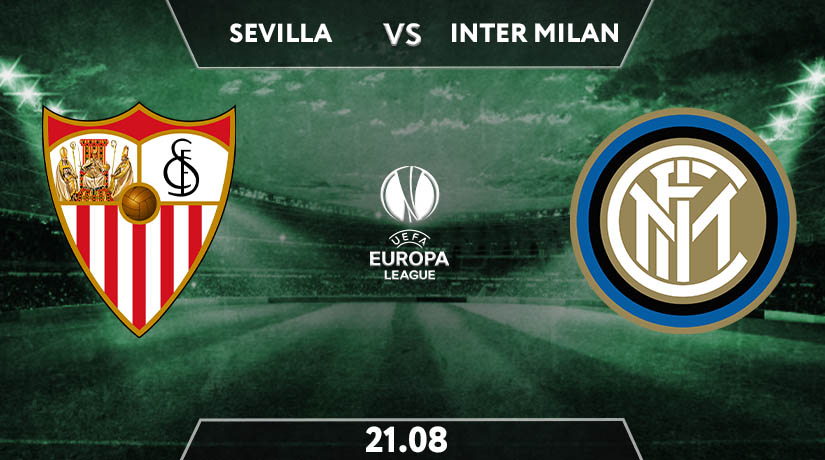 2019/2020 Europa League has come down to the final after long and tiring season in the uncertain days due to covid-19. The former champions will be facing off in Koln this Friday. Sevilla, the record title-holder with five-time victory in 2006, 2007 and 2014-2016, are squaring off Inter Milan. La Beniamata has won three times in 1991, 1994 and 1998. So which shall triumph in this second tier European competition in the end? Julen Lopetegui’s men who has the ‘tradition’ on their side here or Conte will lead his team to win, not only for a silverware but for a proof to the board that he deserves to receive more support next season for their next mission, ending Juventus’ domestic domination.

Sevilla managed to progress to their sixth final after dismantling another favourite, Manchester United 2-1. Bruno Fernandes opened the scoreboard through his penalty. Yet, it was not long till the AC Milan loanee, Suso equalised. At the second half, they were mainly holding the defense line as The Red Devils dominated the game. Luckily, their reserved goalie Yassine Hounou performed well with his blocking and denying a number of chances, including at least four golden opportunities. Luuk De Jong finally netted the winning goal as he tucked away the ball after taking advantage of Jesus Navas’s cross.

Nerrazurri, on the other hand, sealed a win quite easily against Shakhtar Donestk. They trashed the Ukranian side 5-0. Lautaro Martinez bagged an opener followed by Danilo D’Ambrosio. The Argentine then completed his brace before Romelu Lukaku did the same afterwards.

Julen Lopetegui has always been opting for 4-3-3 formation. Lucas Ocampos is the key man upfront, accompanied by Suso and Youssef En-Naysri for the starting IX, whereas Luuk de Jong, Munir El Haddadi can come off the bench to help breaking the deadlock later. In the midfield, Ever Banega is the anchorman with Fernando Reges and Joan Jordan focusing more on the defensive side.

Meanwhile, Antonio Conte opts for his favourite 3-5-2. His dynamic duo, Lukaku-Martinez will be the most dangerous threat for the Spanish side. Nico Barella or Christian Eriksen will be supporting them from the midfield. On the injury table Mathias Vecino, Alexis Sanchez are still ruled out whereas their new signing, Achraf Hakimi is not registered yet for this season.

Lucas Ocampos is still Sevilla’s main frontman despite only netting one goal and providing one assist in Europa League. Yet, the one who deserves a spotlight is their goalie, Yassine Hounou. He has been impressive between the sticks and only conceded once by a penalty in semifinal since the Europa League restart.

Meanwhile, in Inter, the Belgian international, Romelu Lukaku has netted six goals and provided two assists. He has been able to score in ten games consecutively in Europa League. Another notable figure is Nicolo Barella with one goal and assist each.

Both teams actually have a similarly solid defence but when it comes to their attacking lines, Inter is certainly better. Yet, their forwards quality advantage will be facing Sevilla’s thick wall and their tough goalie, Yassine Hounou, who is certainly much more convincing than the aging Handanovic. The match might end in a goalless draw and followed by the penalties. Conte’s men’s mentality should be the key to win here.

It is a tight clash for sure. Sevilla is backed to win at 3.30 whereas Inter’s win market is slightly higher at 2.20. The odds for the draw result are at 3.50.

Make sure to bet on Sevilla vs Inter Milan with 22Bet!