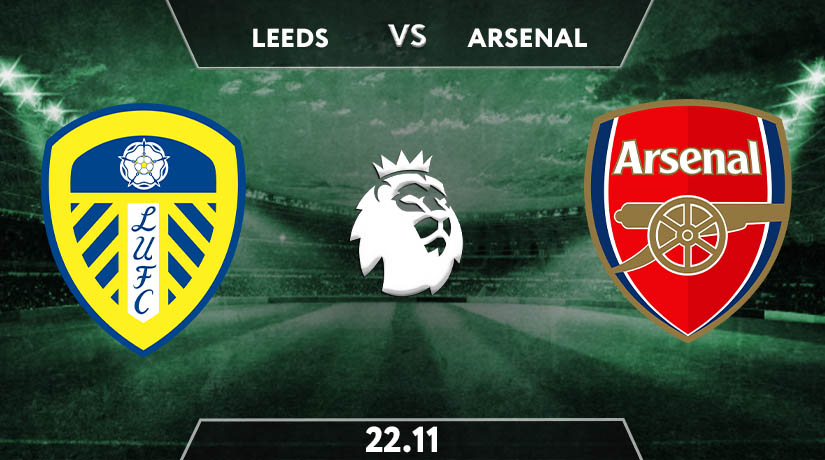 The Gunners began their campaign quite well at the beginning after winning FA Cup and Community Shield. Yet, they are now stuck in the mid table with only twelve points. They only managed to win twice in the past six games of Premier League. This weekend Mikel Arteta intends to improve his team form while taking on Leeds United, the supposedly dark horse this season. Marcelo Bielsa’s men are even sloping to the fifteenth in the standings by only collecting ten points.

Luke Ayling and Co were lacklustre in their visit to Selhurst Park before the international break. They were smashed 1-4 by Crystal Palace. Scott Dann’s header, Eberechi Eze’s free kick, Helder Costa’s own goal and Jordan Ayew’s goal became their nightmare despite Patrick Bamford managed to pull one back. It is their fourth loss this season.

Arsenal was no different. They suffered another defeat at home while hosting Aston Villa. Bukayo Saka’s own goal was beginning of their bleak evening two weeks ago. Ollie Watkins’s brace then tripled The Villans’ lead which remained the same till the final whistle.

Marcelo Bielsa’s 4-1-4-1 formation seems to be in need of transformation due to Leeds’ two consecutive defeats, which also signifies their exposed defensive frailties. Moreover, some of Leeds’ key figures are sidelined such as Kalvin Phillips, Gaetano Berardi, Diego Llorente, Adam Forshaw and Jamie Shackelton. Thus, the former Bilbao boss should consider deploying 3-4-2-1. Patrick Bamford is still the main forward supported by Rodrigo Moreno and Helder Costa behind him or out wide.

Meanwhile, Mikel Arteta is facing a slight crisis as Thomas Partey and Reiss Nelson are injured, Mohammed Elneny and Sead Kolasinac are ruled out as they tested positive covid-19 plus Willian is doubtful. His 3-4-3 also needs modifying too to stun their opponent. The 4-1-3-2 seems considerable with David Luiz playing as the stopper in front of the two centre back as well as to support Granit Xhaka, Bukayo Saka and Dani Ceballos. At the front, Alexander Lacazette and Pierre Aubameyang will occupy the front duo roles.

Leeds’ striker Patrick Bamford has been quite impressive as he has contributed seven goals and one assists. Some other notable names to watch are Jack Harrison and top assist provider, Polish international, Mateusz Klich.

Arsenal’s forwards’ form this season, on the other hand, seems rather unconvincing. Their current top performers so far are the former Lille defender, Gabriel Magalhaes and Dani Ceballos.

Both teams are looking to bump up their position in the standing as well as improve their campaign. The results lately should motivate them to do better here. However, both also need to make some changes in their tactical approach or formation. Considering the squad, the visitors should have a bigger opportunity to seal a narrow win on the road.

The game is expected to be tight and even. The home side is backed to win at 11/5, whereas Granit Xhaka and Co are priced to win at 13/10. The odds for the draw result are at 11/4.