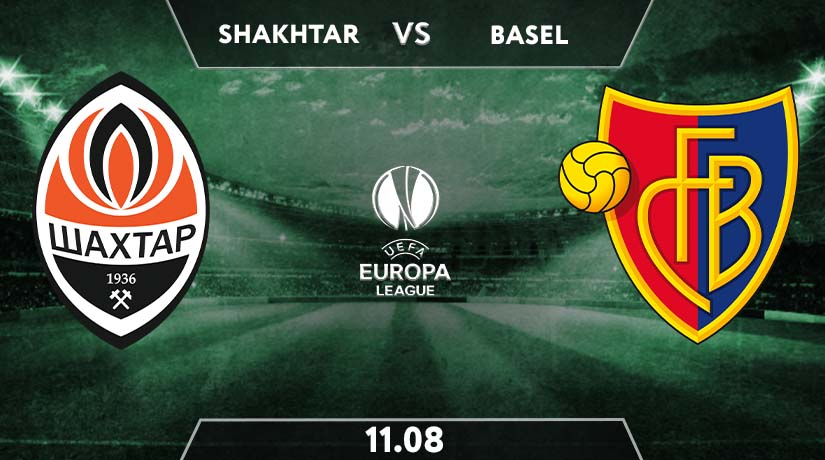 This is the battle of European dark horses. Both Basel and Shakhtar have not been considered as the favourites. Yet, they could progress till quarterfinal after beating two German teams. The Swiss side is aiming for one place in the semifinal, repeating their achievement in 2013 when Mo Salah was still with them. On the other hand, Shakhtar, the 2009 Champions, certainly would like to rekindle such glory and this year seems to be the perfect time. Both teams will encounter in Arena Aufschalke, Gelsenkirchen in a single-leg fixture this week.

FC Basel managed to thump Frankfurt 1-0 in the second leg of round of 16 last week. A single goal from Fabian Frei was enough to extend their aggregate to 4-0. They were dominating the game and could have scored more if Kevin Trapp had not performed well between the sticks.

Yevhen Konoplyanka and Co also advanced to the next stage after smashing another German club, Wolfsburg 3-0. Their winning goals were scored by Junior Moraes’s brace and Manor Solomon. Their final aggregate was 5-1.

The former Swiss international, Marcel Koller, tends to employ 4-2-3-1 formation with Arthur Cabral as the main forward, supported by Valentin Stocker, Samuele Campo and the Italian Raoul Petretta. In the midfield, Fabian Frei and Thaulant Xhaka are the ones who keep the balance between their defence and attack. Unfortunately, some key men will be ruled out such as Eray Comert and Jonas Omlin due to their suspension and injury. They are alongside Luca Zuffi and Ramires on the sideline.

His counterpart, Luis Castro is likely to opt for more offensive tactical approach with 4-1-4-1 or 4-2-3-1 with Brazilian connections. In the recent team, Junior Moraes, Taison and Alan Patrick are the main forward supported by Viktor Kovalenko and Taras Stepachenko in the midfield. Only Davit Khocholova is sidelined due to being suspended.

The Swiss side’s top performers this season are the wing back Silvan Widmer, Valentin Stocker, Thaulant Xhaka and the senior midfielder Fabian Frei. Another notable figure to watch is the 22-year old Brasilian forward, Arthur Cabral.

In Shakhtar, Junior Moraes, Alan Patrick, Taison and Marlos are the key men in the team. They have always been the integral part of Luis Castro’s starting IX. Another notable name to watch is the young Israeli Manor Solomon.

Marcel Koller’s men will meet their equal match here as the Ukranian side will provide more dangerous attack than their previous opponent. The absence of Eray Comert and Jonas Omlin will be quite a blow for their defence since Marlos and Taison plus Junior Moraes are certainly bombarding them. In this supposedly tight match, Shakhtar will take the advantage of Basel’s defensive frailties and snatch a narrow win.

According to the punters, Shakhtar is the slight favourite. Their odds to win are at 1.90, whereas Fabian Frei and Co are only backed to win at 3.90. The draw result is at the value of 3.60.

Make sure to bet on Basel vs Shakhtar Donetsk with 22Bet!