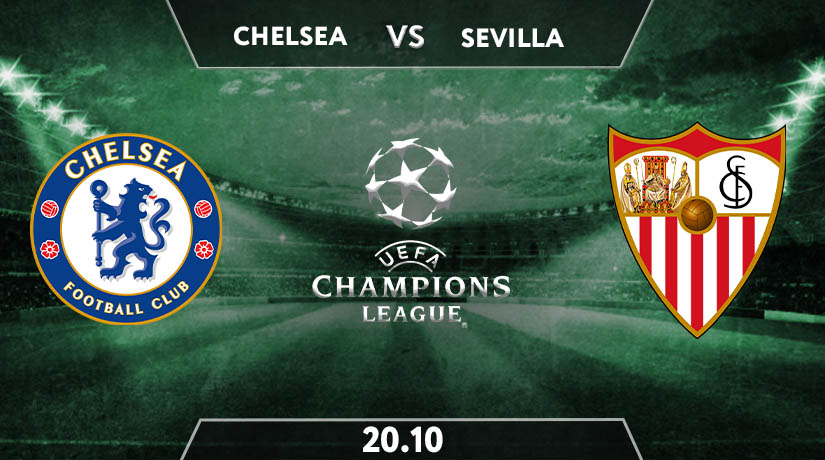 The Europa League Champions, Sevilla is making their return to the top tier of continental competition. They might be the title record holder in the second tier tournament with six titles but such means nothing when it comes to Champions League. They do not own the so-called ‘tradition’ which, like it or not, still lingers here in the top flight, as if it brings fortune to the traditional high-profile teams or the former champions. This year, Julen Lopetegui’s men are attempting to shake such unusual phenomenon when taking on the 2012 Champions, Chelsea, on the road this midweek.

The Blues seems to be entangled with inconsistency lately. They wasted the opportunity to seal three points while hosting Southampton. NGolo Kante and Co were involved in a goal galore match but only mustered a 3-3 draw at the end, despite Timo Werner’s superb form with his brace and assist to his German comrade, Kai Havertz. Soton were able to equalise twice as Danny Ings, Che Adams and Jannik Vestergaard.

Meanwhile, Sevilla even had a worse result on the weekend. They had to suffer their first defeat of the season while visiting Granada. The host’s winning goal was scored by Yangel Herrera through his header.

Frank Lampard must start giving the number one goalie post to Edouard Mendy instead of keeping Kepa Arrizabalaga between the sticks after the Spaniard’s series of blunder in the penalty box, unfortunately, the former Rennes’ goalie is still doubtful for this fixture. Moreover, he also needs to consider modifying his regular 4-2-3-1 to 3-4-2-1. Their defensive frailties should not be exploited anymore. Thus, playing Thiago Silva alongside Kurt Zouma and Cesar Azpilicueta seems to be a good option.

His counterpart, Julen Lopetegui is likely to deploy his favorite 4-3-3 formation. The absence of Jules Kunde due to the injury can still be covered by Diego Carlos and their new signing, Karim Rekik or pulling Fernando Reges backward. On the front, Lucas Ocampos, Luuk de Jong and Suso or Munir El Haddadi will earn their spot in the starting IX.

The German duo, Timo Werner-Kai Havertz will continue being the team’s key figures on the attack, supported by Christian Pulisic or Mason Mount. Another notable name to watch here is the former Leicester man, Ben Chilwell.

In Sevilla, their top performer last season, Lucas Ocampos is expected to carry on his impressive form alongside Joan Jordan and Ivan Rakitic. Another important figure of the team is the Dutch international striker, Luuk de Jong.

This early battle in the champions league offers a tight encounters with the possible goal galore. Both teams will be trading decent chances and goals as well. Yet, if Kepa’s form does not get any better, it will be a doom for The Blues. A draw is the fairest result for both here.

Frank Lampard’s men do not seem to be the favorite here. Their odds to win are only at 21/20, whereas Ivan Rakitic’s win market is at 3/1. The odds for the draw result are at the value of 27/1.