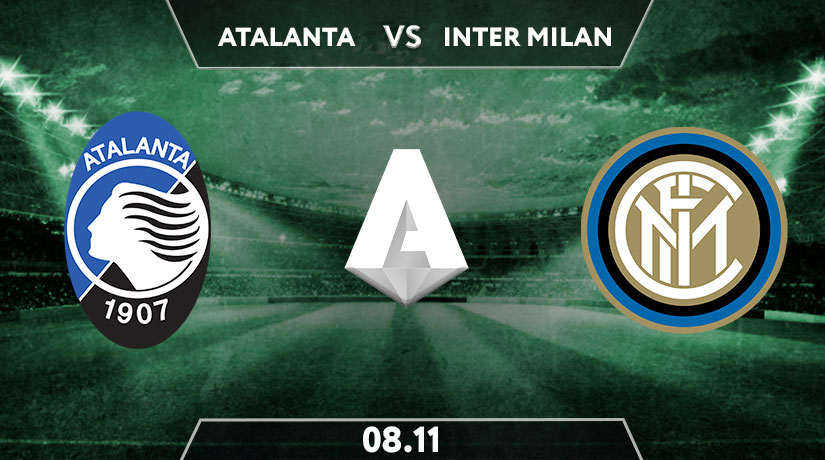 Two teams which are playing in the midweek for the Champions League fixture, Atalanta and Inter Milan, will be squaring off this weekend to improve their own campaign. Both are on the verge of crisis after their stunning form last season. They are now still in the top six with one point difference. La Dea is currently on the fourth while La Beniamata is sitting on the sixth. Yet, they must stop the inconsistency, which has been their main flaw lately.

Atalanta shockingly suffered to a heavy loss while hosting Liverpool. They were crushed 0-5 by The Reds. Diogo Jota was their nightmare as he netted his first hattrick for his new club. The remaining two goals were scored by Mo Salah and Sadio Mane.

Conte’s men had no difference while visiting Madrid. They were beaten 2-3 by Sergio Ramos and Co in a tight affair. Los Blancos took the two goal lead first by Karim Benzema and Sergio Ramos’ header. Soon, Inter responded by Lautaro Martinez’s strike before Ivan Perisic equalised. Unfortunately, Rodrygo found the clear space to hit the ball into the back of the net.

Gian Gasperini’s three-back system is seriously in need of modification to 4-3-1-2 or even 5-2-1-2 as their defensive frailties badly exposed against Liverpool. Rodrigo Toloi and Jose Palomino shall be the centre back while Hans Hateboer can be given a full back role along with Johan Mojica as Robin Gosens is injured. In the midfield, Remo Freuler, Mario Pasalic and Ruslan Malinovsky will be operating in the middle to support Papu Gomez as the playmaker. Unfortunately, Mattia Caldara and Matt de Roon are still unavailable for this fixture.

His counterpart, Antonio Conte, is actually facing the same problem. His favourite 3-5-2 has been known and easily anticipated by Inter’s opponent. The former Chelsea and Juventus boss needs to consider employing the four-back system for more stable form. The injury of Romelu Lukaku, Stefano Sensi and Mathias Vecino shall not worry him if he could employ the formation which could accommodate the remaining players’ potentials in the squad. 4-3-2-1 seems best with Lautaro Martinez as the targetman, Ivan Perisic and Christian Eriksen playing wide or behind him while in the midfield, Marco Brozovic is accompanied by Nico Barella and Achraf Hakimi who can be pushed forward as the right wing.

Atalanta’s top performers so far are still the captain Papu Gomez plus the Colombian duo, Luis Muriel and Duvan Zapata. They are the ones to rely on for scoring. Another notable name to watch is Ruslan Malinovsky.

In Inter, without Lukaku on their side, the Argentine Lautaro Martinez and Croatian Ivan Perisic are the key figures upfront. They have scored two goals each in the past two games.

Both teams are expected to bounce back from their dismaying form in the midweek. Yet, Marco Brozovic and Co might have bigger pressure as they only manage to win once in the last six games. Conte needs to change their tactics to start picking up three points again. Otherwise, his position could be in danger. It is surely a tie game and a draw seems the fairest result.

Considering both results lately, a draw result has the highest odds, which are at 3/1, whereas Conte’s men’s win market is at 16/11. The home side is only projected tow win at 24/13.