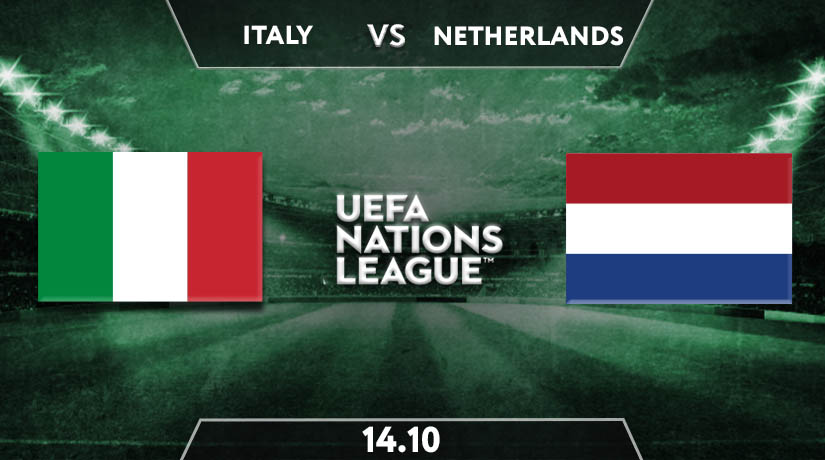 Netherlands under their newly appointed manager, Frank De Boer, has not performed as expected. They have been scoreless in the last two games. The cloud of doubt begins to lurk in De Oranje’s future despite having a pool of national talents, especially if compared to their previous one, Ronald Koeman. Their next fixture of Nations League this week against Italy, in fact, can be something he can work on to prove that Netherlands is on the right course. Such is not easy as well as Virgil Van Dijk and Co will have to do it on the road.

Gli Azzurri was held in a goalless draw while taking on Poland on the road. They were unable to find the back of the net as Roberto Mancini’s men lacked of clinical finish. Their targetman on the starting IX, Andrea Belotti, was in fact utterly disappointing as he barely had any shots on goal or target.

Netherlands were in fact no difference. They could only muster a goalless draw in their visit to Bosnia. They seem to have the same issue as the Italians, the lack of clinical finish in the penalty box. They had to struggle to even snatch a point as Jasper Cillesen strived to deny at least two decent chances from Bosnia.

Roberto Mancini may succeed in employing the more offensive football in Gli Azzurri with 4-3-3 formation. The defence seems solid with only one goal concession in 2020. Yet, their attack has not been satisfactory, especially when facing off the high profile team. Ciro Immobile, Andrea Belotti, Federico Chiesa and Kevin Lasagna have not been in their consistent form. In fact, their two goals in this year’s Nations League were scored by their midfielders. Perhaps the former Manchester City boss should consider modifying his preferred formation to 3-4-3 or 3-4-2-1 with Ciro Immobile as the targetman and supported by Federico Chiesa and Kevin Lasagna or Stephan El-Sharawy behind him.

Meanwhile, Frank de Boer has been opting for the traditional 4-3-3 with the transition to 4-2-3-1. Unfortunately, their forwards failed to break the deadlock in the last two games against Mexico and Bosnia. Thus, the former Ajax and Barcelona man is likely to deploy Memphis Depay as the frontman instead of the static Luuk de Jong while Steven Bergwijn and Quincy Promes will be the wingers.

Federico Chiesa who wasted several opportunities in the past few games might not be count on to score. He is much better in creating spaces and breaking the layered walls as the winger or attacking midfielder. The other key men to watch here are Marco Verrati and Nico Barella.

The former Inter Milan boss should be giving a freer role for Frankie de Jong to be the anchor of their attack accompanied by Gini Wijnaldum or Danny Van de Beek. Another notable name to watch here is surely Lyon’s Memphis Depay.

These two former giants are still seeking for their best form and ideal starting IX for the upcoming Euro 2020 next year. Both teams need to develop their tactical approach from their current one. Italy should be more creative in initiating their attack while the Dutchmen need to use less long balls and start combining with more through balls. However, Italy still have a better side to secure a win.

The home side is the clear favourite in this clash and projected to win at 1.97, whereas Holland is only backed to win at 3.80. The draw result is at the value of 3.35.