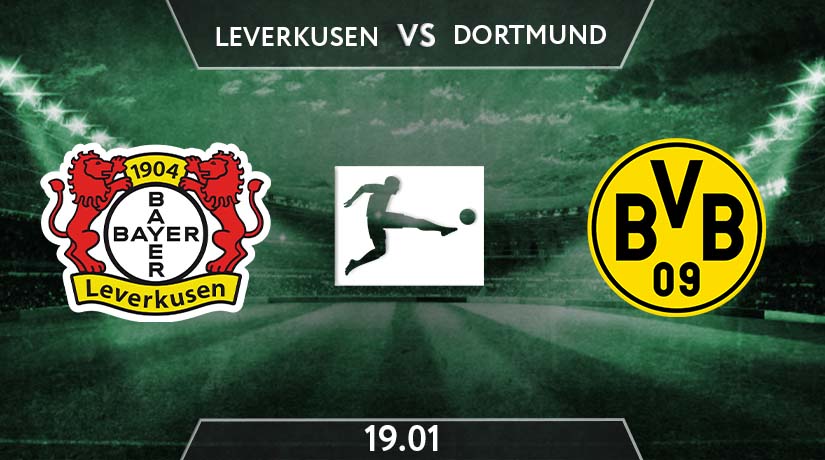 It is a battle in the top four. Bayer Leverkusen and Dortmund which have collected same 29 points are neck to neck on the table. They are respectively on the third and fourth. This midweek both sides will be squaring off in Bayer Arena for a  crucial result, which might be decisive in the race for the Champions League spot this season.

Leverkusen was stunned while travelling to the former East Berlin side last weekend. They were beaten 0-1 by Union Berlin. A late goal of Cedric Teuchert was the difference in the game. Peter Bosz’s side winless run in the past three games continues.

Dortmund was not in their best form last weekend. They were unable to secure three points at home while playing host to Mainz. Levin Oztunali gave the visitors the lead from his long range shot. Dortmund had to count on Thomas Munier for the equaliser.

Peter Bosz is likely to deploy 4-3-3 formation. Patrick Schick despite his unconvincing form lately accompanied by Leon Bailey and Moussa Diaby as Lucas Alario might be sidelined due to his injury alongside Florian Wirtz, Karim Bellarabi, Charles Araguiz, Exequiel Palacios, Paulinho and Santiago Arias.

Edin Terzic is still in favour of 4-2-3-1 formation with Erling Haaland and Jadon Sancho leading the attack while Marco Reus is the anchorman behind them. Unfortunately, Giovanni Reyna’s injury forces Terzic to employ Julian Brandt who has not been able to be in his best form yet compared. Some other names who will be ruled out for this fixture are Axel Witsel, Thorgan Hazard and Dan Axel-Zagadou due to the injury while Emre Can is suspended.

In Dortmund this season, the England international Jadon Sancho and the Norwegian forward Erling Haaland are on the spotlights. The former one has netted two goals plus provided five assists while the latter one has scored twelve goals and two assists. Another notable name to watch is the Portuguese wing back, Raphael Guerrero.

Both sides are actually facing the same issue, inconsistency. Leverkusen’s frontman has not always been in-form and often seen wasting decent chances while Dortmund lacks of rotating the squad plus relies too much on Jadon Sancho, Haaland and Reus. This could be weakness they must reduce. If Terzic’s forwards are physically fit, they could snatch a win here on the road.

In this tight clash, neither side is favourite by the punters. The home side is projected to win at 23/10. Marco Reus and Co’s win market is only at 24/19. The odds for the draw result are at 29/10