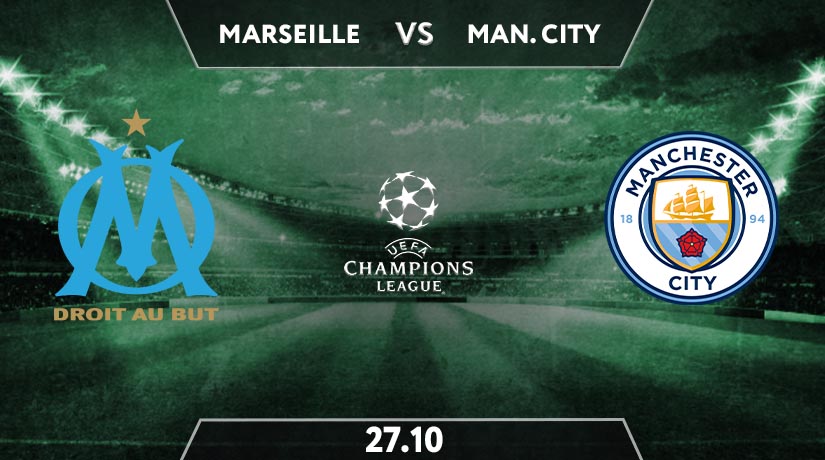 The Champions of 1993 edition, Marseille, began their European campaign badly last week when they lost against Olympiakos. Unfortunately, their mission to bounce back here will be quite a challenge as they will be facing off the ambitious Manchester City. The Citizens are planning to improve their campaign this season to advance further. This is Guardiola’s another and possibly his last attempt to win the title. If the former Barcelona boss fails again, his position might be in jeopardy.

Meanwhile, Manchester City failed to pick up three points on the road while taking on West Ham. They already conceded on 18th minute through Michael Antonio and only equalised by Phil Foden on the second half. It was their second draw result this season.

The former Porto, Chelsea and Tottenham boss, Andre Villas-Boas opts for more offensive 4-3-3 formation. Dario Benedetto will feature again as the frontman, while Dmitri Payet and Florian Thauvin are operating wide. Bayern loanee Michael Cuisance will be the box-to-box midfielder to keep the balance on the pitch.

His counterpart, Pep Guardiola, is likely to opt for 4-3-3 as well. Unfortunately, he will not be able to play his best starting IX as there have been a number of key players ruled out such as Gabi Jesus, Sergio Aguero, Fernandinho, Aymeric Laporte, Benjamin Mendy and Nathan Ake. Thus, Raheem Sterling and Phil Foden will be the only option to accompany Riyad Mahrez. At their backline, Eric Garcia and Ruben Dias will be occupying the center back role.

In Marseille, Dmitri Payet is still the key man of the team. He will be fully fit due to serving the domestic ban. Another notable name to watch is Florian Thauvin.

Raheem Sterling seems to be given a chance to grow as the team leader by being given an armband as the captain lately. The England international has transformed quite well as the center forward by contributing two goals and one assist so far. Some other key man to watch are Kevin de Bruyne, Phil Foden and Ferran Torres.

Dmitri Payet and Co’s hope to seal their first UCL three points will not be easy despite the potential crisis on the visiting side. Guardiola’s tactics here could be decisive towards the result of this game. A draw seems to be a reasonable one for both.

Manchester City is the clear favourite here, according to punters. They are priced to win at 2/5 whereas Villas Boas’ men are backed to win at 8/1 The odds for a draw result are at the value of 23/5.