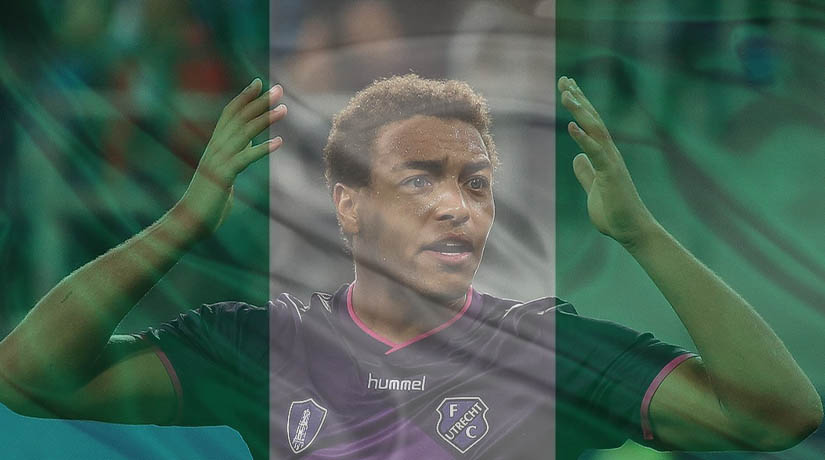 The 25-year-old striker was born to a Belgian father and Nigerian mother and pledged his allegiance to the motherland, West Africans in December 2019.

The forward was handed his first call-up to represent Super Eagles under the manager Gernot Rohr in the Africa Cup of Nations qualifiers against Sierra Leone.

However, COVID 19 has delayed his debut for the three-time African champions, as the game was postponed indefinitely.

It is understood that recently, he was quoted stating he is still open to representing Belgium but the highly-rated forward has now refuted the claims.

“They made a story from nothing. I didn’t even talk with Belgium and then they make a story,” Dessers said.

“I said I hoped for a call (from Nigeria) in September, but that’s not even sure. That’s the coach who decides it’s not in my hands. It’s just the click-bait sites who take things out of context and make juicy titles,” he explained.

The former Heracles Almelo forward delivered eye-catching performances in the 2019/20 Dutch Eredivisie as his 15 goals won him the league’s joint-top scorer award along with Steven Berghuis.

The striker joined the Belgian outfit in June and has been impressive for the club, scoring three goals during their pre-season games so far.

Meanwhile, his Teammate Victor Osimhen made a u-turn and joined Napoli despite earlier racism worries. Reports have it that he was persuaded after Kondogbia Koulibaly met with Napoli’s president.

The Genk forward will be expected to form a deadly attack along with new Napoli signing Victor Osimhen and Villarreal winger Samuel Chukwueze for the Super Eagles.